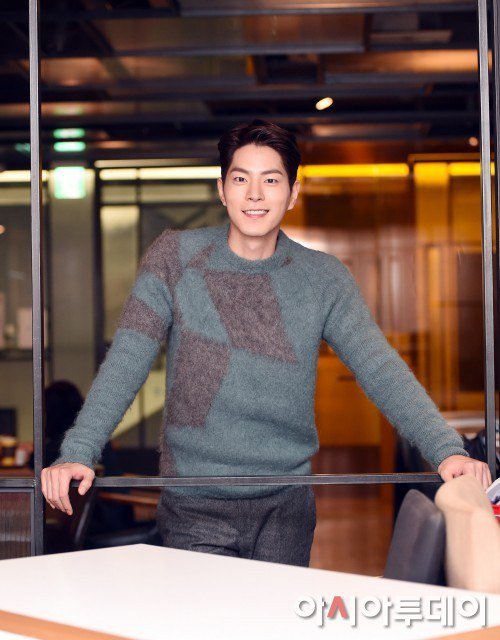 Hong Jong-hyun has become a real actor through "Scarlet Heart: Ryeo". He used to be tagged 'the former model actor' but this time he's been acknowledged as a real actor.

Hong Jong-hyun was interviewed recently regarding "Scarlet Heart: Ryeo". He said, "I didn't think I would get this much attention".

"I was worried at first. It's my first time playing a young role and the make-up was quite pressuring but everyone around me told me good things and told me the drama was great".

He played his first young role ever since his debut. He played Wang Yo who would do anything for power and the throne as emperor. His rival was Lee Joon-gi who is a pro when it comes to historical dramas but he worked hard to make this character work.

"I was Lee Joon-gi's brother and I spoke very harshly so I was very worried. I decided to get closer to Lee Joon-gi. Thankfully, we had a lot of time to get close and he was very nice to me".

Hong Jong-hyun also used the fanciest make-up and accessories to make his character seem stronger and more evil. His eyes were emphasized with eyeliner and the fancy accessories showed how thirsty he was for power. However, this was all a concern.

"I have to say, it was challenging. I wondered how the others would take it. But everyone liked it. Wang Yo is all about being alert so I had to be alert myself. A lot of parodies occurred because of my character too".

Not only that, he worked hard to become Wang Yo. He sympathized and cared for Wang Yo to become him. Still, he had a lot on his mind.

In the beginning to the middle of the drama I tried to be as cold as possible. Then I had to think about the various emotions I would experience after I sat on the throne. Wang Yo had hallucinations because he was nervous someone might try to throw him off and he believed in myths and slowly turned crazy. I was able to do it as I had a deeper understanding of him by that time".

Hong Jong-hyun seemed happy that "Scarlet Heart: Ryeo" was over. He seemed relaxed and showed affection for his character.

"I have been hearing such good things about me. They know I worked hard and it's true. I only focused on "Scarlet Heart: Ryeo" this year. It was a new character and I had to be prepared as it was an evil one. A lot of mental changes go through the character but it was fun".

We wondered about his near future and he answered.

"I feel more confident that people have started looking at me in a more positive aspect. I was always tired so I felt worried every time I started something new. But now I don't think I'll be that worried. I will be back soon with something else".

"Hong Jong-hyun, "Scarlet Heart: Ryeo" created a thirst for acting"
by HanCinema is licensed under a Creative Commons Attribution-Share Alike 3.0 Unported License.
Based on a work from this source