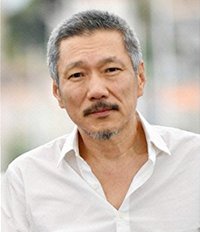 Award-winning director Hong Sang-soo's new film "Hotel by the River" has been invited to the competition section at this year's Locarno Film Festival in Switzerland.

The festival's organizing committee on Wednesday released the lineup of films for the competition category.

The story of the film begins when a middle-aged man has a chance encounter with his child and two young women by a river.

In 2013, Hong became the first Korean director to win the Best Director award at the Locarno festival, for "Our Sunhi". Two years later, "Right Now, Wrong Then" was named Best Film and won the Best Actor award for Jung Jae-young.

"Hong Sang-soo's Latest Film Invited to Locarno Film Fest"
by HanCinema is licensed under a Creative Commons Attribution-Share Alike 3.0 Unported License.
Based on a work from this source