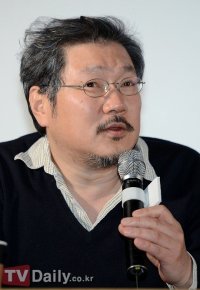 Hong Sang-soo has won the Best Director award for Woman on the Beach(2006) in main competition at the 22nd Mar del Plata International Film Festival in Argentina. The event, which ran March 8th  18th in the resort town of Mar del Plata, is recognized as an A-list festival along with Cannes, Toronto, and Venice.

The announcement was made on the 17th at the event's closing award ceremony. Director HONG is renowned on the international festival circuit. Woman on the Beach has screened at the Berlin, Toronto, Vancouver, Tokyo and New York film festivals. At home HONG was named Director of the Year 2006 by the Korean Film Directors Association.

Woman on the Beach deflates romantic conventions in its tale of two men and two women, who meet, join and part while on vacation at a beach resort. It stars reemerging actress Go Hyun-jung and Kim Seung-woo (Between Love and Hate ("The Unbearable Lightness of Dating", 2006)). HONG's previous films include A "Tale of Cinema" (2005) and "Woman is the Future of Man" (2004), both invited to Cannes.

Other Korean films which screened at Mar del Plata include indie-arthouse-gem "The Last Dining Table" (2006) by Noh Kyeong-tae in the Heterodoxy section, "The Unforgiven" (2006) by Yoon Jong-bin in Point of View section, and "Dear Pyongyang" (2005) by Korean-Japanese director Yonghi Yang in the Documentary Frame section. Jay JEON, co-deputy festival director and World Cinema programmer of the Pusan International Film Festival was part of this year's jury for the Argentinean festival.

"HONG Sang-soo wins Best Director at Argentina Fest "
by HanCinema is licensed under a Creative Commons Attribution-Share Alike 3.0 Unported License.
Based on a work from this source