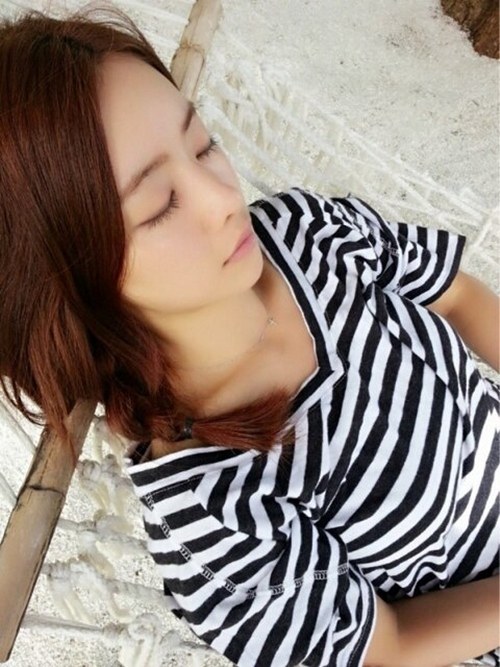 Hong Soo-ah was seen taking a nap on set.

She posted pictures on her Twitter on the 30th of September.

The pictures are of herself in comfortable clothes, resting under a Mango Tree in the Philippines. She looks very comfortable and the pictures became the most looked-up in no time.

Hong So-ah appeared at the 18th Busan International Film Festival wearing a shocking dress that revealed more than half of her cleavage, proving her shape to be voluminous.

"Hong Soo-ah sleeping on set"
by HanCinema is licensed under a Creative Commons Attribution-Share Alike 3.0 Unported License.
Based on a work from this source