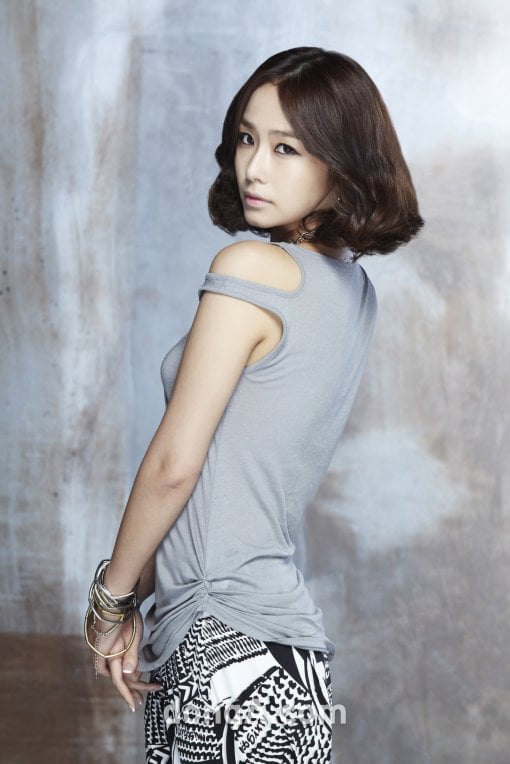 Actress Hong Soo-hyun has been chosen to be the wife of actor Ryu Si-won.

She has been cast for the role of Kang Seon-ah in the Channel A drama "Goodbye Dear Wife" which will be aired on the 7th of May.

"Goodbye Dear Wife" is a romantic comedy about the relationship rights between married couples who need romance. The key role would be that of Cha Seung-hyeok (Ryu Si-won) who dreams of 'romance again' with his first love and boldly says goodbye to his wife, and Kang Seon-ah who has the reins to her husband but is tired of trying to restrain him.

The productions said, "There has been many interested in Japan about the leading female role. Enquiries have been oncoming in phone calls and SNS, enough to delay work at the offices. The return of Hallyu Prince to screens for the first time in 4 years proved our reputation in Japan".

Hong Soo-hyun was focused on as the unfortunate Princess Kyeong-hye in the KBS drama "The Princess' Man" and as intelligent and proud Cha Woo-hee in the SBS drama "Salaryman".

Berdi Media claimed, "Kang Seon-ah is a wise wife who knows how to restrain her husband and sometimes to let go and is a lovely character who is very bright and cheerful. Her intelligent and bold character fit just right with Kang Seon-ah like decalcomania".

"Hong Soo-hyun cast as Ryu Si-won's wife in "Goodbye Dear Wife""
by HanCinema is licensed under a Creative Commons Attribution-Share Alike 3.0 Unported License.
Based on a work from this source