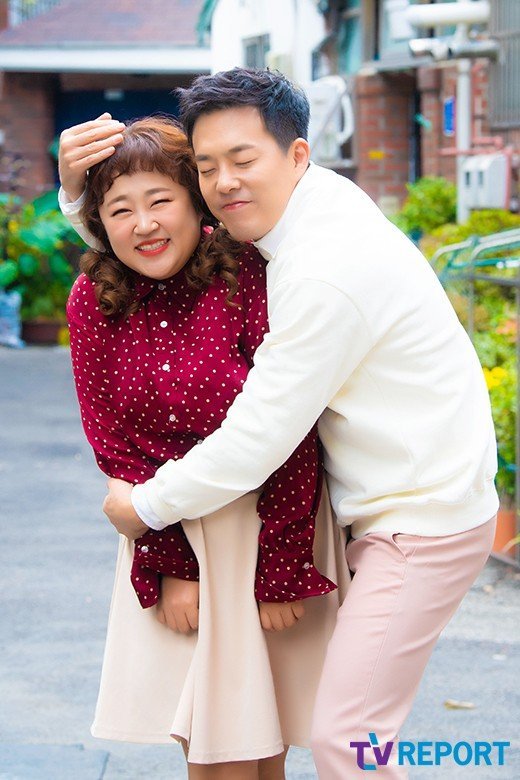 SBS front TV show "Eating Out" is about the various ways people eat out. Hong Yoon-hwa and Kim Min-gi are the mascots of the show. They represent the celebrity couples by showing how they like to eat out.

In real life, they look like they're really on a date. They go after the real stuff and they're honest about their food. Hong Yoon-hwa and Kim Min-gi took the interviewing team to one of their favorite spots and offered the reporter so much food.

The surprising thing is that they seem fonder of "Eating Out" than one would expect. They wish the TV show does well and Kim Min-gi says he wants to be on the show until he dies. The couple have shown themselves going through marriage preparations on the show and hopefully they'll be on the show, eating out with their children in the near future. 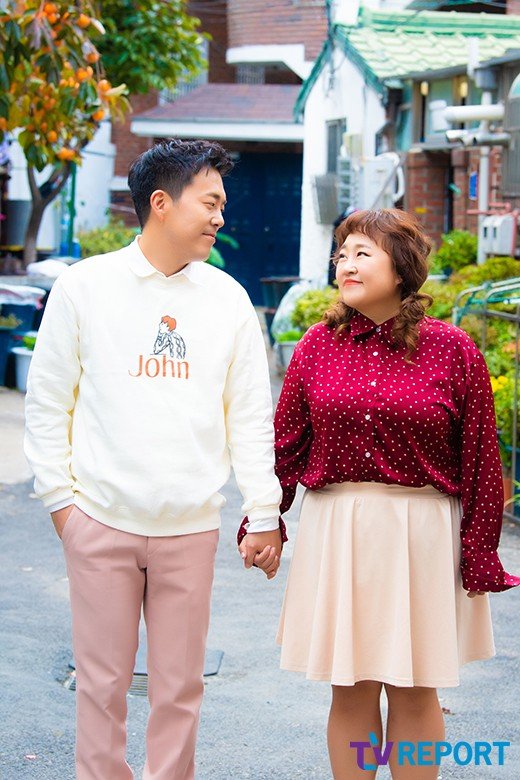 - How do you feel about your wedding coming up?

Kim Min-gi: Nothing has changed with'marriage', but I'm happy to be able to live with Yoon-hwa.

Hong Yoon-hwa: It's going to be fun eating and washing dishes together, throwing away 60 boxes together and I'm looking forward to it. We don't have plans for a baby anytime soon though.

- Do you think you'll appear different on "Eating Out" when you get married?

Hong: Besides the fact that we're a couple, nothing will change about me awaiting cheat day.

Kim: We will seem like we're still in a relationship.

- Park Joon-hyung and Kim Ji-hye-III are a comedian couple who got married before you. What do they say about getting married?

Hong: There's a reconciliation method between comedian couples and there's a fun way to get about. They said it's good to be married to a comedian.

Kim: They bicker but it's not bad. They don't fight to get at each others' emotions. I think we'll be like that too. 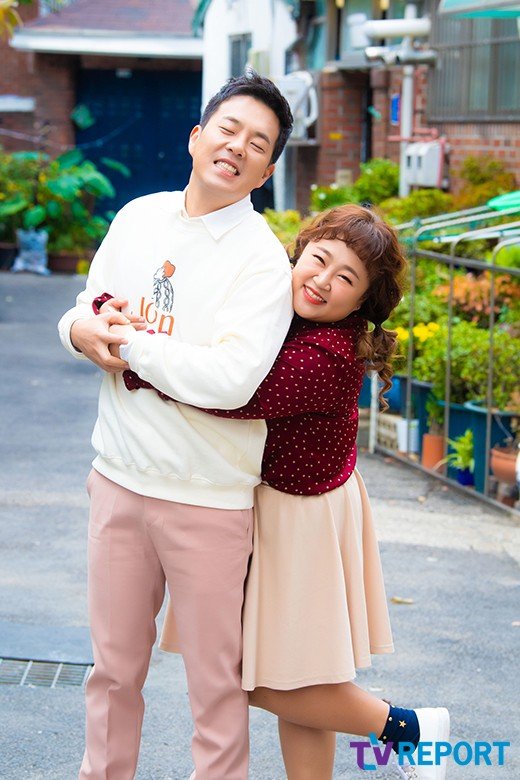 - What has Kang Ho-dong said?

Hong: He told us to 'live pretty'. We are the youngest ones on the team. I feel him adore us no matter what we do. He takes care of the "Eating Out" team.

- You look like you have a lot of affection for "Eating Out", what's the difference between this and other TV shows?

Hong: "Eating Out" is an eating program. That's the difference. Other eating programs are all about eating whereas we have a different story. There are mother and son, lovers, a married couple and solos. The kind of 'eating out' is all different. The program shows trend and satisfies the mouth and the eyes. It's not just about eating. It has a story.

Kim: I think it's a good program and it's not a bid deal where we introduce all the hottest places to eat. We don't overreact about them too.

- Finally, what is your attitude towards "Eating Out"?

Hong: I like it that we appear natural on the show and that makes us want to be real. Park Joon-hyung and Kim Ji-hye-III reveal the private life of their family and so do Kang Ho-dong and Kim Young-chul-I. There's also Dons who is number one when it comes to eating and Defconn who somehow pairs with him. I can say for sure it's a program to watch!

Kim: I want to be on the show till the day I die. I want to pass it on for generations.

"Hong Yoon-hwa and Kim Min-gi Received Marriage Tips from Park Joon-hyung and Kim Ji-hye-III"
by HanCinema is licensed under a Creative Commons Attribution-Share Alike 3.0 Unported License.
Based on a work from this source