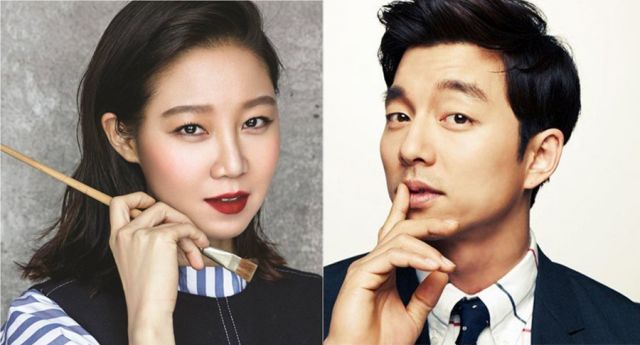 Gong Yoo's Hong Kong fan meeting happened on May 6th at the World Expo, but he didn't have to go it alone as his friend, Gong Hyo-jin showed up as the special guest.

But the secret was out before the fan meeting happened, as Gong Hyo-jin and Gong Yoo were spotted in Hong Kong by local paparazzi while going for a late-night dinner. The two actors have had a long-standing but low-key friendship for years, and also belong to the same company. I never managed to make it all the way through "Biscuit Teacher And Star Candy"; regardless, the idea of Gong Yoo and Gong Hyo-jin hanging out together just makes me happy.

Gong Yoo has had a busy couple of weeks, what with his fan meeting in Taiwan on April 29, and winning the Baeksang Award for Best Actor in a drama for "Goblin". There's no news on what's next for either actor, so maybe we can get another drama with the two of them? Please?