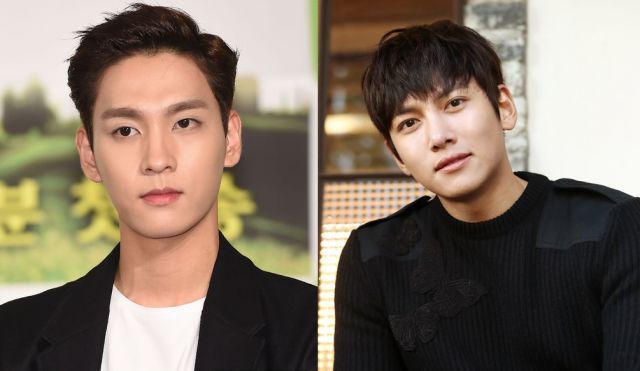 Han Ji-min is the latest actress to turn down the female lead for "Watch out for this Woman". However, Ji Chang-wook's real life best friend, Choi Tae-joon has been offered a role in the drama.

"Watch out for this Woman" is billed as a romantic comedy in a judicial setting with some intrigue thrown in. The heroine is a taekwondo practitioner turned judicial trainee turned murder suspect. Ji Chang-wook will play a cop turned prosecutor.

It has been a casting whirlwind for "Watch out for this Woman". The title role was first offered to Lee Sung-kyung in mid-February. Ji Chang-wook accepted the male lead in early March. Shortly thereafter, Lee Sung-kyung turned down the female lead, and it was offered to Han Ji-min. Now, word is that Han Ji-min will not be joining the cast, but Choi Tae-joon has been offered the role of a lawyer who is a childhood friend of Ji Chang-wook's character.

I am perplexed by this drama's difficulty with getting an actress to commit. The fact that the writer is Kwon Ki-yeong, who penned "Protect the Boss" and "Remember You", should be a big draw, because her female characters have been consistently strong and interesting. Plus, with the casting of a hot male lead in Ji Chang-wook, this drama is already assured of an audience.

"Watch out for the Woman" begins airing May 10, so while the casting of Choi Tae-joon as a supporting character would be reassuring, what this drama really needs is a female lead ASAP.

Any suggestions for the PD on who would make a lovely leading lady for Ji Chang-wook?