[Hot Takes from the Noonas] Ku Hye-sun exits weekend drama, "You're Too Much" 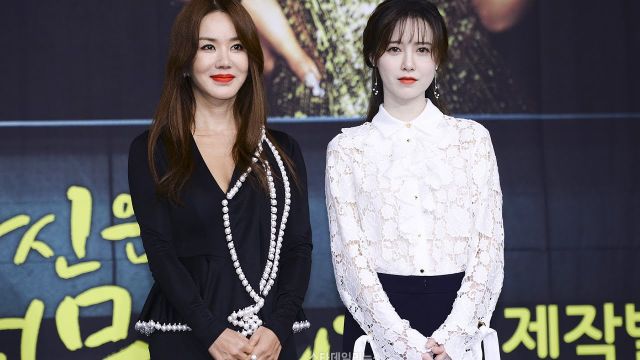 MBC has announced that actress Ku Hye-sun will be stepping down from her role in the weekend drama, "You're Too Much" due to health concerns.

According to MBC's announcement, Ku Hye-sun had been suffering from dizziness, breathing problems, and allergies on set to the point where she was taken to the emergency room. Given the doctor's prognosis, both the actress and the producers decided to put Ku Hye-sun's health first and cut short her appearance on the show. Going forward, her character, Jang Hae-dang, a struggling nightclub singer, will be played by Jang Hee-jin, who just wrapped up "Introvert Boss".

Ku Hye-sun's departure comes as the show is heading into the 7th episode of a 50-episode run, amidst criticisms from viewers of her overly broad acting style.

While Ku Hye-sun has never been known for her great acting, her performance in 2015's "Blood" was unfairly singled out as the reason for that drama's failure. Since then, Ku Hye-sun regained her popularity thanks to her marriage to co-star, Ahn Jae-hyun and subsequent appearance on reality show, "Newlywed Diary". But it wasn't enough to prevent this latest acting controversy from surfacing in what was supposed to be her comeback project. Unfortunately, with Jang Hee-jin slated to take over this weekend's episodes, we'll never know if Ku Hye-sun could have recovered from her shaky start.

In the meantime, here's hoping she feels better soon.