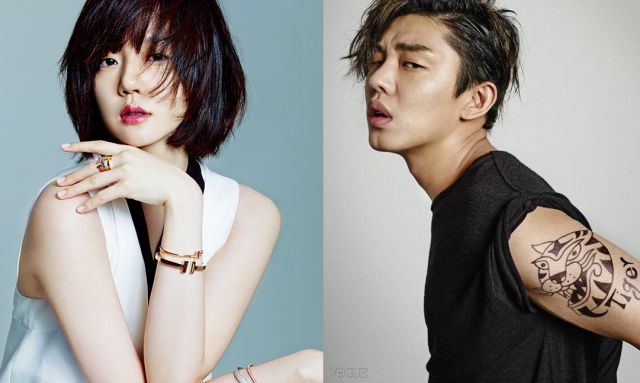 While Yoo Ah-in is considering the lead for "Chicago Typewriter", hopefully his decision does not hinge too heavily on who is cast as the female lead. The whiplash would give him a headache.

Park Shin-hye was reportedly offered the role back in mid-December, but her management were quick to deny this. Since then, Seolhyun of idol girl group, AOA was rumoured to be in the running; the "Chicago Typewriter" production team quickly shut this down. Now, the latest candidate is apparently Lim Soo-jung.

The prospect of Lim Soo-jung's casting has excited me the most of all the actors floated thus far. She has concentrated mostly on movies like "Finding Mr. Destiny" and "A Tale of Two Sisters". "Chicago Typewriter" would be her first drama since 2004. However, with Lee Young-ae's recent return to dramas after a 14 year absence with "Saimdang: Light's Diary", anything is possible.

Seolhyun definitely pales in comparison. She was wooden in "Orange Marmalade" and I doubt she has progressed far enough as an actor since 2015 to be able to match a gifted veteran like Yoo Ah-in.

Park Shin-hye has matured in more recent projects, but I am not convinced that she would pair well with Yoo Ah-in. You can file that one under personal preference.

I hope both Yoo Ah-in and Lim Soo-jung make up their minds soon and take on "Chicago Typewriter". With the drama set to air on tvN at the end of March, time is running out.