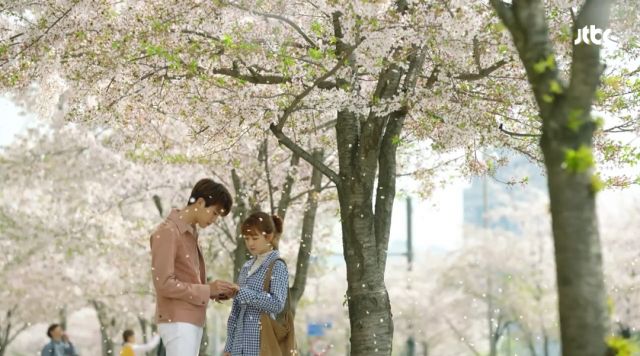 On April 15, "Strong Woman Do Bong-soon" aired its final episode and released star, Park Hyung-sik's OST, "Because of You".

The final episode garnered a strong 8.96% rating. The ballad played during a pivotal scene in which Park Hyung-sik's character, Min-hyeok proposes to heroine, Bong-soon (Park Bo-young) under a canopy of cherry blossoms.

However, it is not yet the end for fans of the drama. A special episode will air on April 17. Plus, we can look forward to seeing Park Bo-young and Ji Soo on the red carpet of the 53rd Baeksang Arts Awards as the former is nominated for Best Actress while the latter is nominated for the New Actor award.

It's not even the end for the cast and production team of "Strong Woman Do Bong Soon". A reward vacation in Bali is scheduled for April 20 though it has not yet been confirmed if the stars will be able to attend.

In the meantime, viewers can play "Because of You" on repeat; it can be heard in the video below.