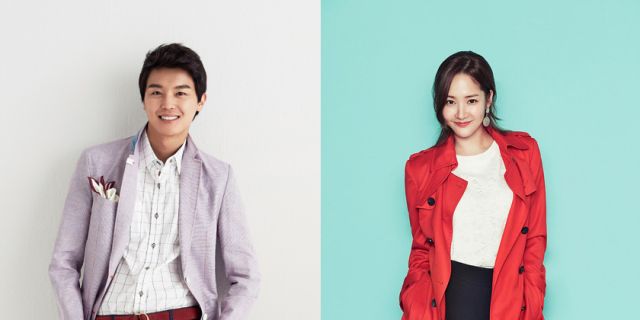 Lovers of romance sageuks rejoice as Yeon Woo-jin and Park Min-young confirm their casting as the king and queen in "Queen for 7 Days".

"Queen for 7 Days" is the story of the love between Queen Dangyeong (Park Min-young) and King Jungjong (Yeon Woo-jin). Court politics are as complicated as ever in this drama (as they were in real life): King Jungjong was the half-brother of legendary tyrant, Yeonsangun, and became king after Yeonsangun was deposed. Dangyeong was the daughter of his main rival, and only lasted for seven days as his queen before being ousted thanks to an attempted palace coup. There's currently an offer out to Jin Goo for the role of Yeonsangun.

I'm hoping the casting of Yeon Woo-jin and Park Min-young means that the show will inject some lighter moments into the tragic romance and court intrigue. Luckily, the drama will be helmed by Lee Jung-seob, the PD of "Healer" and "Neighborhood Lawyer Jo Deul-ho", both of which were dramas that had a lighter touch with their darker themes.

"Queen for 7 Days" will be broadcast on KBS2 on Wednesdays and Thursdays starting May 31st.