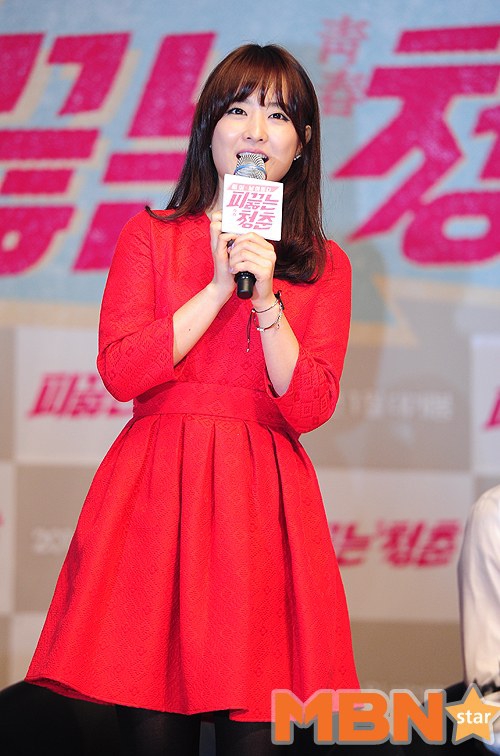 Park Bo-young said, "The fighting scene was the hardest. My body was tired and I've never had a physical fight before".

"There were a lot of fighting scenes and I was scared because it was my first time and swearing was hard too".

"Hot Young Bloods" is about the greatest issue of the year 1982 and the youthful lives of various types of student's Chungcheongdo such as the gang leader, a Casanova and the innocent. To be released on the 23rd. 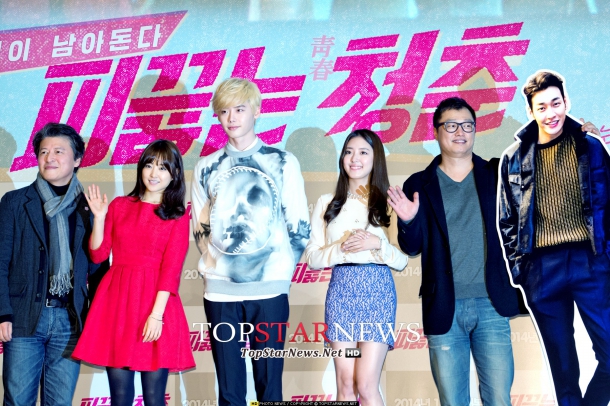 ""Hot Young Bloods" Park Bo-young's thoughts"
by HanCinema is licensed under a Creative Commons Attribution-Share Alike 3.0 Unported License.
Based on a work from this source