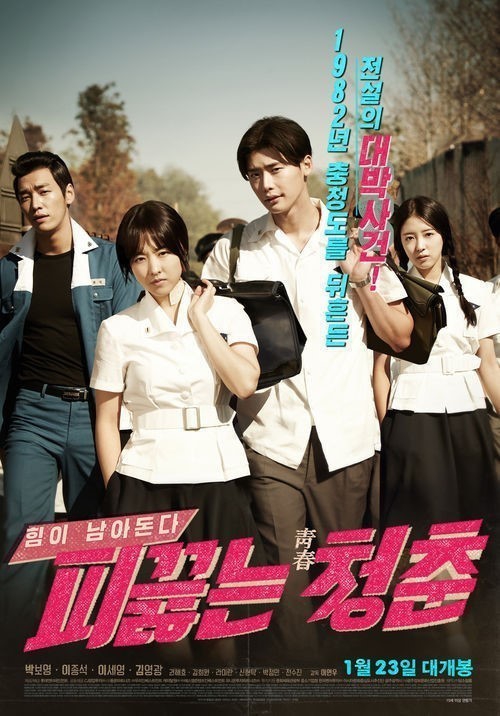 According to the Korean Films Commission, "Hot Young Bloods" rounded up a total of 156,864 audiences in 555 cinemas on the first day of release on the 22nd.

"Miss Granny" and "When A Man Loves A Woman" were also released on the same day but couldn't defeat "Hot Young Bloods".

This movie ranked first place in ticket sales even before its release and foresaw this result. "Hot Young Bloods" is a youth romance drama about a legend that shook up Choongcheong-do in 1982. Starring a female gangster, a legendary Casanova and Seoul transfer student, Lee Jong-suk and Park Bo-young co-starred the movie. The movie has also been pre-sold to Hong Kong, Singapore and Malaysia.

Meanwhile, the first place was taken by the animation "Frozen" with an accumulated number of more than 1.7 million audiences.

""Hot Young Bloods" reaches second place"
by HanCinema is licensed under a Creative Commons Attribution-Share Alike 3.0 Unported License.
Based on a work from this source