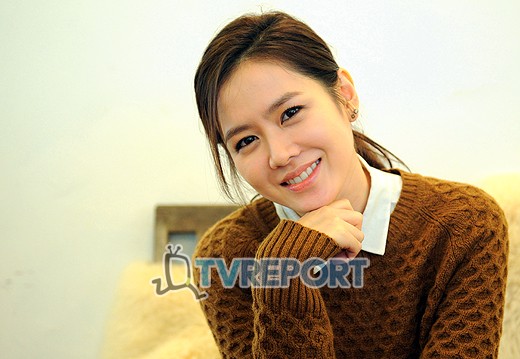 She beat Kim Ha-neul and Kim Sun-ah and was the selected by 41% of participants in a survey that was done by Naver, the question being "Who is the top Romantic Comedy Queen?"

Not only did she succeed with movies such as "The Art of Seduction" and "My Wife Got Married", critics noted that she raised expectations for her acting by displaying multi-faceted characters and steady performances.

In second place came Kim Ha-neul with "You Pet" and Kim Sun-ah was in third with her various movies and dramas thus far.

"Spellbound" is about the relationship between a woman whose sixth sense perpetually disrupts her romantic relationships and a horror magician who is too weak to date anyone. Coming soon next month!

"How did Son Ye-jin beat Kim Ha-neul and Kim Sun-ah, becoming the 'romantic comedy queen'?"
by HanCinema is licensed under a Creative Commons Attribution-Share Alike 3.0 Unported License.
Based on a work from this source