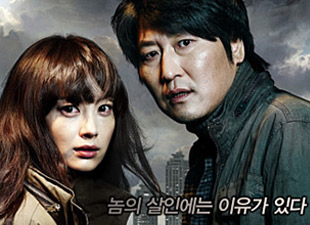 According to the Korean Film Council on February 22nd, "Howling" drew in 71,791 people on the 21st, bringing the total number of viewers to 785,884. As soon as it hit the theatres on the 16th, it beat out "Nameless Gangster" to take over the number one spot at the box office.

An industry rep said they expected the movie to break the one million mark sometime this week.

"Howling" is about two detectives trying to solve a series of deaths that involve a killer wolf.

""Howling", #1 At The Box Office"
by HanCinema is licensed under a Creative Commons Attribution-Share Alike 3.0 Unported License.
Based on a work from this source