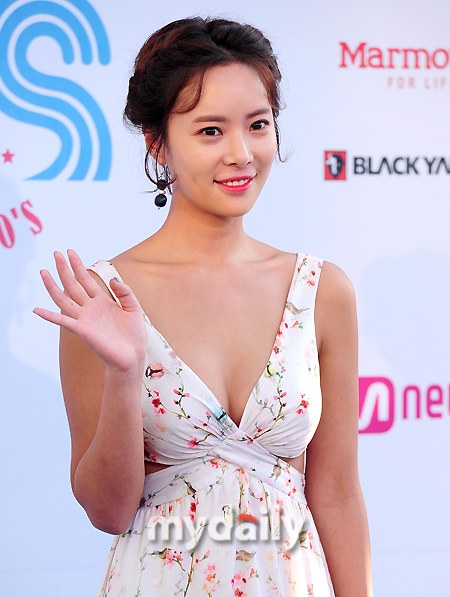 Sidus HQ reported that she is currently still thinking about if or not she's going to star in it.

The role she has been offered is a woman who goes to prison for her boyfriend who causes a hit-and-run accident but gets betrayed in the end.

"Secrets" is written by Choi Ho-cheol who won an award at a script contest. The directing will be done by Lee Eung-bok from KBS 2TV "School 2013".

"Secrets" will be aired in September.

"Hwang Jung-eum revising KBS "Secrets""
by HanCinema is licensed under a Creative Commons Attribution-Share Alike 3.0 Unported License.
Based on a work from this source