Hwang Jung-min and Jeon Do-yeon, the best actress and actor of the year 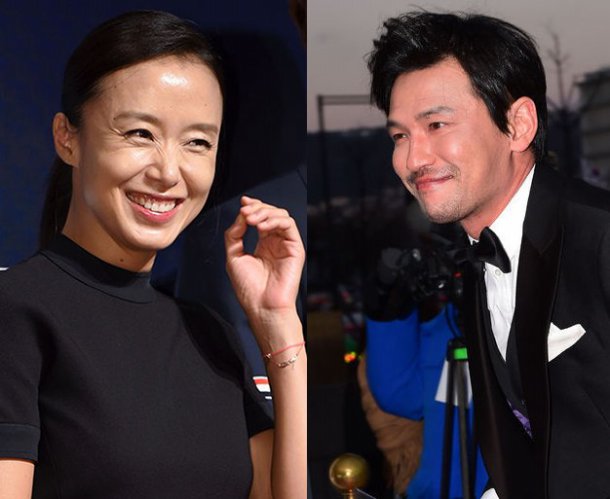 Hwang Jung-min and Jeon Do-yeon took home the Best Actor and Actress award at the 2015 Jechun International Musical Film Awards Directors' Cut. The movies responsible for their trophies are "Ode to My Father" and "The Shameless".

Kim Jee-woon and Chung Yoon-chul appeared first to introduce the event and made everyone laugh with their witty speech. Kim said, "Heo Jin-ho won an award in 1998 for "One Fine Spring Day" but that was it". Jeong then said, "Shim Eun-ha who was chosen as 'the moviemaker of the year' isn't here. That's the kind of film festival this is".

The highlight of the day was Best Actor and Actress and the Best Director. Hwang Jung-min who is about to hit 10 million audiences with the movie "Veteran", won Best Actor for "Ode to My Father" from last year which also holds a record for 10 million views. Hwang said, "I was very angry for many reasons while filming "Ode to My Father", but thank you for dealing with me and giving me this huge award".

Jeon Do-yeon took home the Best Actress award for "The Shameless" in which she starred in with Kim Nam-gil. She was the flower of the night and director Oh said, "I wanted the Rookie Award and not the Best Director Award".

"Hwang Jung-min and Jeon Do-yeon, the best actress and actor of the year"
by HanCinema is licensed under a Creative Commons Attribution-Share Alike 3.0 Unported License.
Based on a work from this source