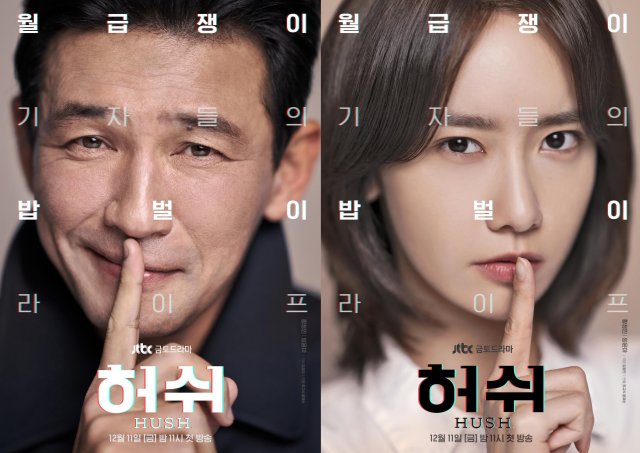 The synergy between Hwang Jung-min and Yoona is highly anticipated.

The new JTBC drama "Hush" released teaser posters that steal the attention with just one cut. Hwang Jung-min and Yoona seem to have blended in many emotions in a single glance. The two actors who complete the characters Han Joon-hyeok and Lee Ji-soo, which will be a stimulus to each other's growth and awakening, stimulates curiosity. 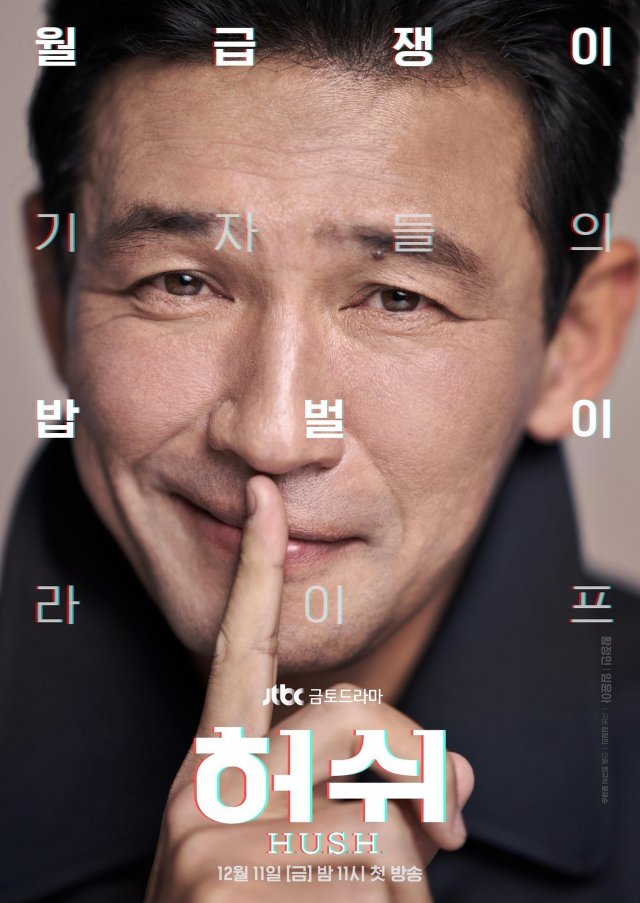 "Hush" is a two-way growth period between Han Joon-hyeok (Hwang Jung-min), a 'stagnant' reporter who plays snooker more than he writes with a pen, and Lee Ji-soo (Im Yoona), a 'survival-type' intern who says food is stronger than a pen, and depicts the bread-and-butter life of salary-based reporters. Ordinary reporters, who are no different from us, and their stories of constantly bumping and shaking at the border of survival and conscience unfold pleasantly and honestly in "Hush". 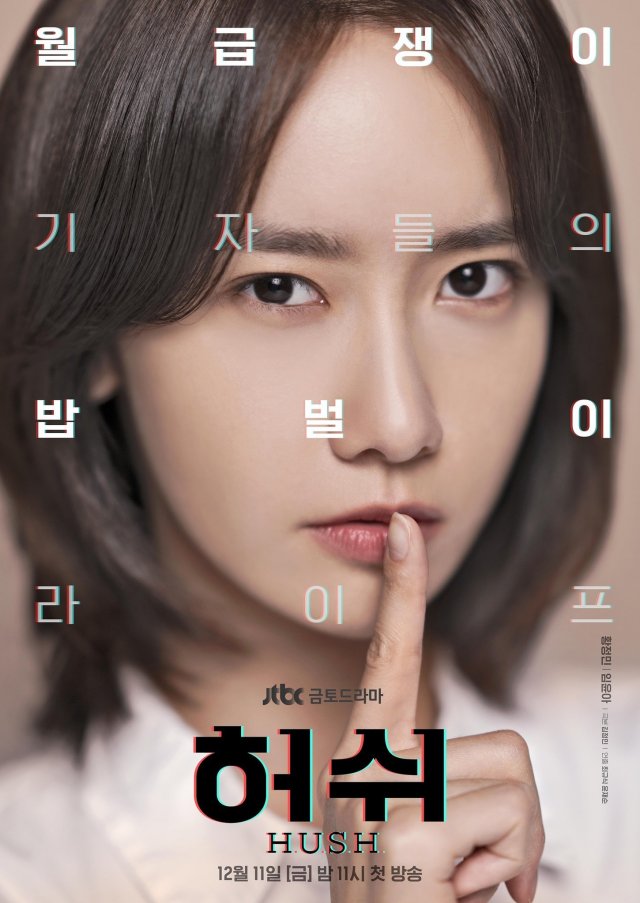 The meeting between 'all-time legend' Hwang Jung-min, who returns to drama after eight years, and Yoona, who has been reborn as a 'trustworthy actress', adds to expectations as she takes off her veil. As if to prove this, there were explosive responses such as dominating real-time search terms on portal sites as soon as the first teaser video was released. Meanwhile, the teaser posters released are even more intriguing. Hwang Jung-min and Yoona are sending signals, "Shh!" while looking at the front. Their glares appear meaningful.

Hwang Jung-min was once a veteran reporter full of passion, but now he plays Han Joon-hyeok, an 'old man' who barely stays sober. Another Class of Hwang Jung-min's inner workings catches the eye with a friendly smile that seems human and a deep look that appears to pierce through reality. Lee Ji-soo, a 'survival type' intern armed with passion and spirit, is the one who brings a new spark to his cooled passion.. Yoona, with a steady gaze, is a confident young Lee Ji-soo who says nothing. Expectations are high for her transformation, which will unravel her growing up in a pleasant and sincere manner, saying that food is stronger than the pen.

More than anything else, the same but different gesture implies the dictionary meaning of the drama's title "Hush" as if saying, "I have a lot to say, but I won't say it".

"Hwang Jung-min and Yoona's Mesmerizing Cuts in "Hush" Poster"
by HanCinema is licensed under a Creative Commons Attribution-Share Alike 3.0 Unported License.
Based on a work from this source