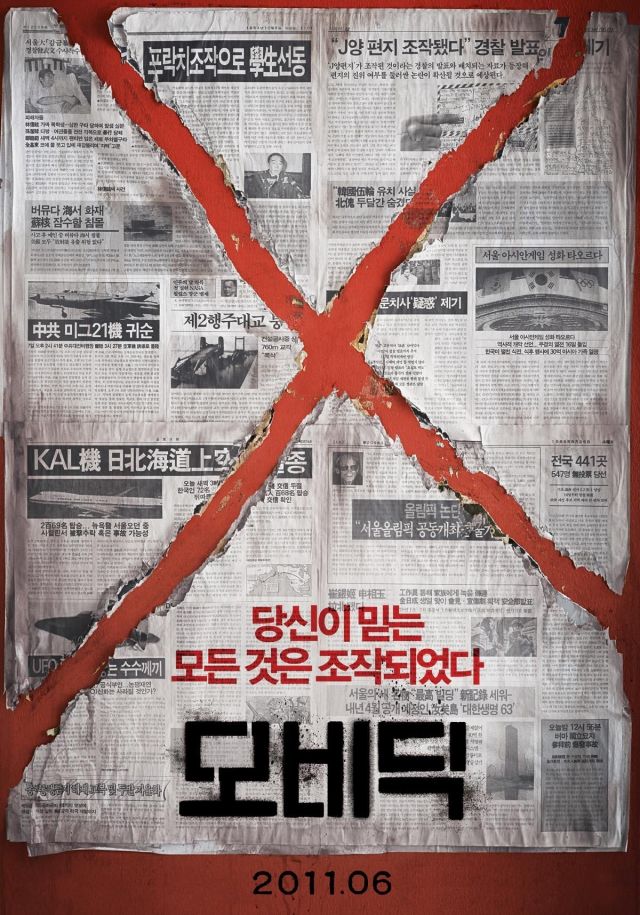 Hwang Jung-min will display more of his knack for criminal investigation in the upcoming film "Moby Dick".

After tackling the roles of a detective ("Private Eye") and cop ("The Unjust"), he will investigate cases as a news reporter.

Set in 1994, the story revolves around a mysterious explosion that occurs in the vicinity of Seoul.

"This is my first time playing a reporter... It was difficult because investigative reporters seem to have a lot in common with detectives", Hwang told the press in Jeong-dong, Tuesday.

In order to prepare for the part, he met national desk reporters and observed how they handle cases. "In the '90s people used pagers, so I spoke to reporters that worked on the national desk at the time. I paid attention to details such as what type of pen and paper they used and even how often they changed clothes each week".

The actor said he was immediately drawn to the intriguing script. "It's fascinating how everything gets tangled up in a knot but unravels it step by step".

The director said that the title was inspired by the Hemingway novel ― meaning here that some things are so large, like a whale, that it cannot be discerned when viewed from a close distance.

"Moby Dick", distributed by Showbox/Mediaplex, is slated for release on June 9.

"Hwang Jung-min returns as reporter"
by HanCinema is licensed under a Creative Commons Attribution-Share Alike 3.0 Unported License.
Based on a work from this source