Hwang Shin-hye's daughter is a beauty... who else? 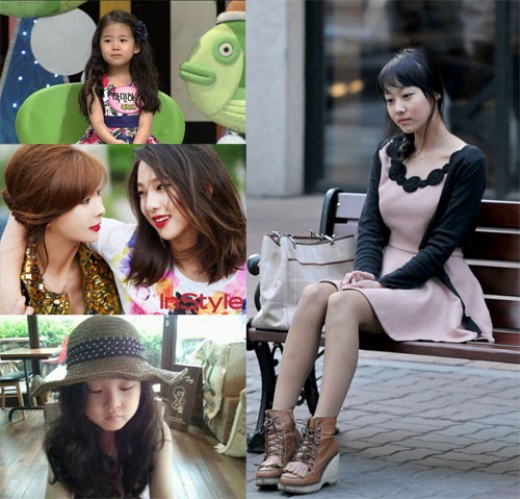 Beauty actress Hwang Shin-hye's photo collection with her daughter has been revealed and netizen's interests in the stars' children are getting higher.

Hwang Shin-hye and Lee Jini posed for pictures in the collection for the fashion magazine In Style. Wearing bright red lipstick for highlight, Lee Jini stood contrasted to her sexy mother and looked very young and fresh.

The interest in other children of stars' who made it to screens with talent is increasing. The one special case is Yoon Da-hoon's daughter, Nam Kyung-min. She became famous for her looks, then made her debut through the drama "Cinderella's Sister" as Seo Ji-eun.

"Hwang Shin-hye's daughter is a beauty... who else?"
by HanCinema is licensed under a Creative Commons Attribution-Share Alike 3.0 Unported License.
Based on a work from this source