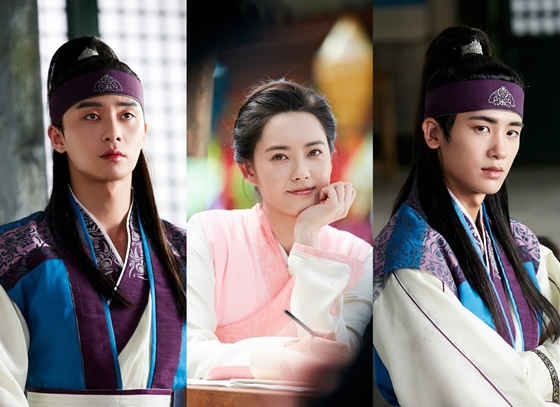 There is going to be romance and bro-mance in "Hwarang", according to director Yoon Seong-sik.

"Hwarang" is based in the 1,500s when handsome knights used to roam around the Shilla capital, Seorabol. The drama is based on their passion, lobe and brotherhood. It's 100% pre-produced and the cast includes Park Seo-joon, Go Ara and more.

Yoon Seong-sik says, "Park Seo-joon led his co-actors well as he is hard working and possesses leadership. He energized the atmosphere and I'm always grateful for that".

He also explained that Go Ara was perfect for the role. "Although she's cute and clumsy, there are times when she's bold and clever. She doesn't mind getting grungy and is prepared for anything".

Yoon Seong-sik also complimented Park Hyung-sik. "He has eyes with sadness but inside, he's a man. Park Hyung-sik's detailed expression added depth to the character. He also stands out in the physical aspect as he's outstanding in horseback riding, sword fighting and dancing".

The director finished his interview with a sneak peek of the drama. "There's going to be romance and bromance which will be an interesting point to look out for". The drama starts on the 9th of December.

""Hwarang" director, "Park Seo-joon, Go Ara and Park Hyung-sik, romance and bromance""
by HanCinema is licensed under a Creative Commons Attribution-Share Alike 3.0 Unported License.
Based on a work from this source