Hyun Bin "Song Hye-kyo break up? Do you want a bad ending?" 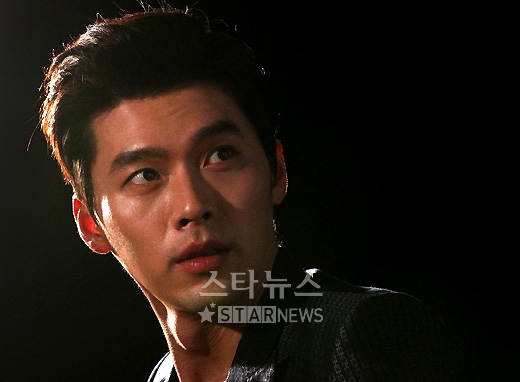 Actor Hyun Bin expressed his position in keeping silent about the rumors going on about him and his public girlfriend Song Hye-kyo.

In an interview at CGV on the 10th he finally opened his mouth, "I think the standards to revealing a person's personal life are very different".

Hyun Bin had to go through rumors about a break up starting from the Chinese media for the reason that he didn't mention Song Hye-kyo in the SBS Acting Awards. Still, he kept his silence about his private life.

He continued and showed his displeasing, "There are many rumors going on but I just don't want to add to it. I don't know if it's going to be a bad ending or a good ending". He then emphasized, "I don't know what ending you want but when the time comes, you will come to find out naturally".

"Late Autumn - 2010" is a remake of director Lee Man-hee-I in 1966. A woman who murders her husband goes to jail and goes on a special leave for 72 hours, meets a man on a bus and coincidently relates to him. This movie has been invited to the 61st Berlin International Film Festival in the Forum category. It is due to be released on the 17th.

"Hyun Bin "Song Hye-kyo break up? Do you want a bad ending?""
by HanCinema is licensed under a Creative Commons Attribution-Share Alike 3.0 Unported License.
Based on a work from this source