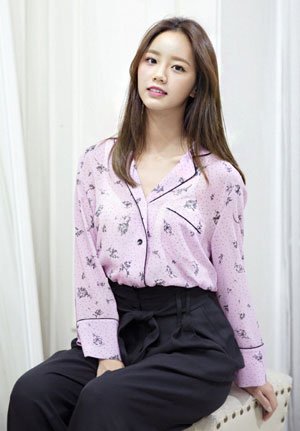 Hyeri, a member of K-pop girl group Girl's Day, is set to make her big screen debut with a historical action thriller next week.

In the film "Monstrum", set in the Chosun Dynasty, she plays a brave young woman who struggles to fight against a mysterious creature who haunts the royal palace.

Hyeri, who impressed viewers with her great potential as an actress after the explosive popularity of her first TV series "Answer Me 1988" a few years ago, said that when shooting began she initially doubted whether she could successfully play the role.

"I wasn't sure if I would fit the role in a period film at first. But that doubt and worry only motivated me more, so during shooting I was both nervous and excited", she said.

"Many movies portray women as weak or helpless, but this film was not like that. That's one of the reasons I found the film of interest", she added.

The film is set to hit local theaters on Sept. 12.

"Hyeri to Make Big Screen Debut"
by HanCinema is licensed under a Creative Commons Attribution-Share Alike 3.0 Unported License.
Based on a work from this source