Hyun Bin: 'I Feel No Fear About Joining Marines' 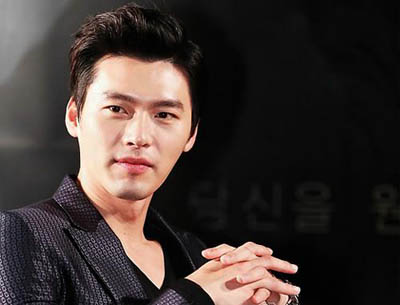 Actor Hyun Bin, who appeared in "Late Autumn - 2010" with Chinese actress Tang Wei, said, "I hope that I can become a more mature and strong person in the military". This year, Hyun Bin has been enjoying the most success since his debut. The SBS drama "Secret Garden", in which he appeared, recorded high viewer ratings of around 30 percent, and his movies "Late Autumn - 2010" and "Come Rain Come Shine" were officially invited to the 61st Berlin International Film Festival. He has been spending the busiest time by holding promotional activities for his movies and filming various TV commercials, but he will join the Marine Corps on March 7. He will leave the screen at the time he has received the greatest love by people. During an interview with Hyun Bin held at the Wangsibri CGV, he said, "I have no fear about joining the military".

◇ "I am happy about the popularity of "Secret Garden". = Hyun Bin said, "When I appeared in the drama 'My Name is Kim Sam-soon' (2005), I had created a sensation called the 'Hyun Bin syndrome', and I just felt very good. But I think that I could not enjoy the popularity enough at that time because I did not know how to accept my own popularity. Thanks to that previous experience, I am fully enjoying this moment now. These days, only good things happen to me and I feel very good every day. Sometimes, I become completely exhausted and feel tired, but I am still happy. I am working with a pleasant mind".

◇ Leave the stage when people are giving applause. = In the midst of enjoying his highest popularity, Hyun Bin has joined the military. In addition, he had volunteered to join the Marine Corps which is notorious for hard military training. Hyun Bin said, "I do not feel sorry about joining the military, but I feel so bad that I have to stop acting". He continued, "Honestly, I do not feel sorry about joining the marines at this moment when I have been enjoying my great popularity, but I feel sorry for one thing -- that I have to join the military at the moment when I began to have exciting feelings about acting. I came to have the feeling that I might be able to take out something from inside of me for acting, but I have to stop acting at this moment, so I feel sad". He said that he wanted to focus on only himself for two years in the marines. He said, "In my twenties, I spent most of time analyzing the works and characters that I had to play, but I want to concentrate on only myself for the next two years and I want to find my own world, the world of the human being named Kim Tae Pyung [his real name]". Asked about the reason why he had chosen the Marine Corps, he answered, "When I was young, I wanted to enter the police academy and wanted to joing the special unit fighting terrorism. I just thought that if I had to fulfill my military duty as a man in Korea, I wanted to do something similar to what I had wanted, so I had chosen the Marine Corps. I just chose it because the time to decide had come". Does he feel pressure or any fear about the mlitary or feel his future is dim? He answered, "I feel no anxiety. I just hope that I can find something new about myself in the military. And I want to become more mature and a strong person in the marines. It will be a precious time for me, and at the same time, it will be the most important time for me. I want to use this time very well for myself". 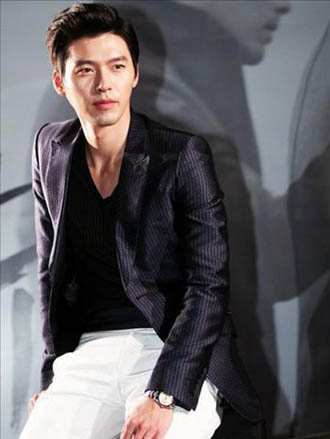 ◇ As long as the work is good, I will appear even without payment. = Hyun Bin is very "greedy" about acting. He had appeared in the movie "Come Rain Come Shine", which has been invited to the 61st Berlin International Film Festival, without being paid. In addition, the movies that he had appeared in so far were not blockbuster movies. "Late Autumn - 2010", "Come Rain Come Shine" (directed by Lee Yoon-ki), and "I Am Happy" (directed by Yoon Jong-chan) were rather small-scale movies. He said, "I am not a volunteer, but there were bad conditions and something that I could not handle when I did something what I really wanted to do. There are some works that I wanted to appear in apart from the money issue. Those works usually have a good script". He said that a good script was the most important element for him to choose a work. He explained, "I can play the character when I am willing to after reading the script. For example, 'I'm Happy' could potentially be a kind of boring movie, but I personally laughed a lot while reading the script. I felt attractiveness from the script. Actually, I think that every script has a commercial element".

◇ "I am a somewhat introverted person, more like Hoon rather than Joo-won". = Hyun Bin played a rough but delicate character named Hoon in "Late Autumn - 2010". He is somewhat different from the chic character Joo-won in "Secret Garden". He said, "My real personality is more similar to Hoon rather than Joo-won. Joo-won can say anything he wants to say out loud, but actually I cannot. I am more like Hoon because he keeps his thoughts inside and expresses his feelings in different ways". Asked about the difficulties he had faced while filming "Late Autumn - 2010", he answered, "Language was the most difficult part. There were many blanks in the script, and I actually had thought that it might be very interesting to fill in those blanks in the script. I experienced many feelings such as loneliness and excitement while completing the script by filling in the blanks. I took great care in expressing my feelings in English. I went to Seattle earlier to take English lessons there". "Late Autumn - 2010" directed by Kim Tae Young is a remake movie. The original movie with the same title had been produced by the director Lee Man-hee-I in 1966, and then it had been remade by Kim Ki-young with the title "Promise of the Flesh" (1975) and by Kim Soo-yong with the same title in 1981. Hyun Bin said, "Before filming the movie, I had asked the director whether I could watch those previous remake movies, but the director told me that I did not need to watch them because this movie would be completely different from the previous works, as I had to play opposite an actress who had a different language and culture". He said about actress Tang Wei, "I could not fully share our own stories together as we had different cultures. I felt bad because we could not understand each other fully".

◇ I am happy about walking the red carpet at the Berlin International Film Festival. = The process of filming "Late Autumn - 2010" was reportedly very difficult. He had to film the movie for twelve hours a day every day. Besides the tight filming schedule, he found that enduring the continuous rain in Seattle was also very difficult. He said, "I thought that I never wanted to come to Seattle again at that time. One gloomy rainy day, I felt very down. The food was also the same every day. Everything was very difficult at that time, but it has become a good memory now". About the invitation to the Berlin International Film Festival, he said, "It is very exciting. I feel that I achieved something very big at my young age. I can walk the red carpet. I am very happy about being invited to one of the three major international film festivals. I put important meaning in it".

Hyun Bin, who is now 29 years old, will become 31 after completing his military duty. Hyun Bin said, "Now, I am sometimes called the 'little Jang Dong-gun', but I have a desire to act better than the actor Jang Dong-gun later. I do not hate the nickname of 'little Jang Dong-gun'. I have to devote myself and I want to present better acting. It's not that I have not yet been approved as a good actor. But I will do my best".

"Hyun Bin: 'I Feel No Fear About Joining Marines'"
by HanCinema is licensed under a Creative Commons Attribution-Share Alike 3.0 Unported License.
Based on a work from this source