Hyun Bin and Lim Soo-jung at the Berlin press conference 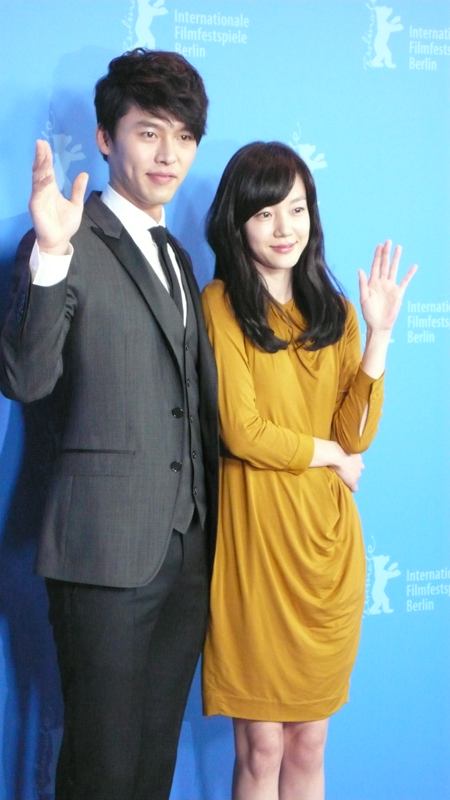 "I sympathized with the efforts of a director and a producer trying to make a new and unique movie".

Director Lee Yoon-ki, Hyun Bin and Lim Soo-jung answered questions from international and local reporters for about 30 minutes at the Hyatt Hotel in Berlin, Germany on the 17th.

Director Lee Yoon-ki, who has been to the Berlin Movie Festival several times before for movies like "This Charming Girl", "A Very Special Day", and "My Dear Enemy" said, "Berlin isn't unfamiliar, thank you for coming and I'm grateful that more of you came than last year".

"Come Rain, Come Shine" is a mellow movie about a married couple of 5 years who go through a breakup and Hyun Bin plays the husband who prepares for goodbye after one day being notified by his wife. 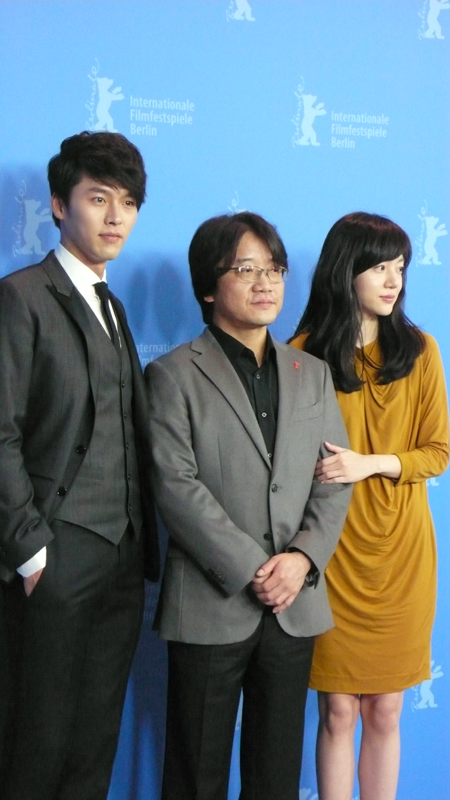 On the question of her motive to star in the movie, Lim Soo-jung replied, "The production environment for Korean movies is becoming more difficult. Whereas only big commercial movies are being made, I sympathized with the efforts of a director and producer who wanted to make a new and unique kind of movie".

At the question if she thought the character she played where she just declared goodbye was too conceited, she said, "On one dimension it is, but on the inside she must've been through some kind of pain and thinking like that, I was able to understand her"."

She added, "It isn't easy finding a role like this and I have never played such a character so I really liked it".

Hyun Bin also showed confidence saying, "I felt happier as an actor than playing roles with big ups and downs of emotions. The process of having to prepare for the role was fun. The audience usually like fast movies but you won't regret it when you watch this one".

Meanwhile, Hyun Bin, Lim Soo-jung and director Lee Yoon-ki will proceed with media interviews on the 18th after the Red Carpet event for "Come Rain Come Shine" on the afternoon of this day. The movie is being put up in the competition category and whether or not it will achieve the Gold Bear Award is in question.

"Hyun Bin and Lim Soo-jung at the Berlin press conference"
by HanCinema is licensed under a Creative Commons Attribution-Share Alike 3.0 Unported License.
Based on a work from this source