Hyun Bin in "The Master's Secret", So Ji-sub related? 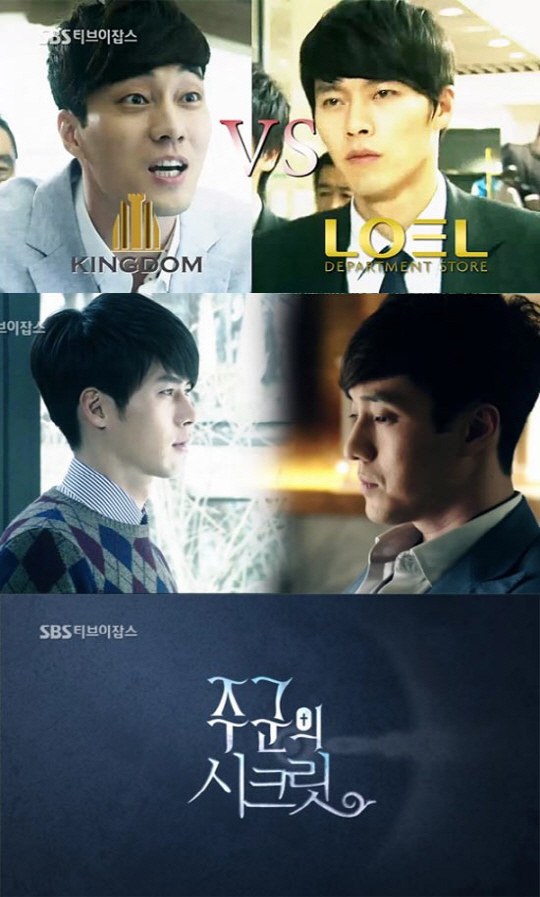 So Ji-sub and Hyun Bin met in "The Master's Secret".

Joo Joong-won (So Ji-sub) and Kim Joo-won (Hyun Bin) are related in this parody drama and they appear as CEO's as Shopping Kingdom and Royal Shopping.

Kim Joo-won builds a great trading company nearby and pressures Joong-won. This parodies that Kim Joo-won is actually the owner of "Giant Mall" which wasn't revealed in "Master's Sun".

Oscar (Yoon Sang-hyun) who was the model of Kingdom appeared and made things more drama-realistic.

However, it was Joo Joong-won who put out his hand when Joo-won was in trouble. They displayed brotherhood as they grew up together since they were boys.

"The Master's Secret" was so well made and is getting amazing reviews.

Meanwhile, Joo Joong-won and Tae Gong-sil (Gong Hyo-jin) are getting closer and Kang Woo's (Seo In-guk) feelings for her gets bigger every day. This drama can be seen every Wednesday and Thursday at 10PM.

"Hyun Bin in "The Master's Secret", So Ji-sub related?"
by HanCinema is licensed under a Creative Commons Attribution-Share Alike 3.0 Unported License.
Based on a work from this source