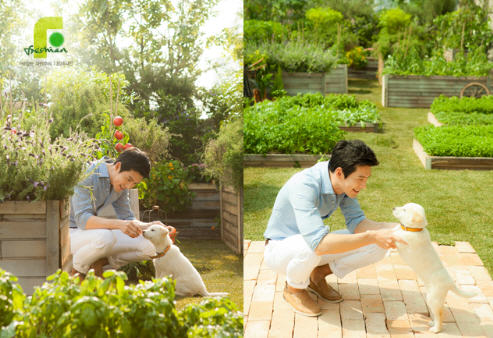 Actor Hyun Bin was seen running with a dog.

Hyun Bin filmed an advertisement with a white dog, recently.

The still cut reveals Hyun Bin playing with the dog named, Baekgu. He is holding the dog's front two paws up and looking at it with loving eyes.

Apparently the dog also turned tame in front of Hyun Bin. The dog was a thing of envy by the female staff on that day.

Hyun Bin is looking forward to start filming the movie "The King's Wrath" in August.

"Hyun Bin looks at dog, enviously"
by HanCinema is licensed under a Creative Commons Attribution-Share Alike 3.0 Unported License.
Based on a work from this source