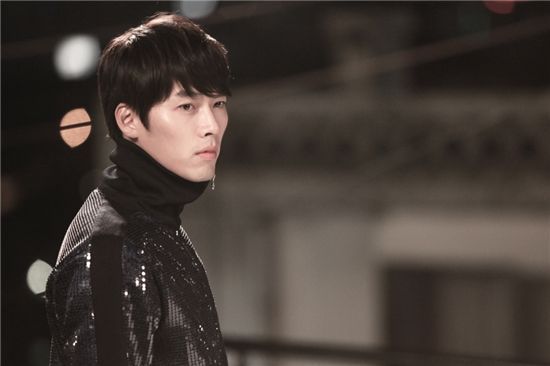 Korean actor Hyun Bin will enter the military by March of next year as part of serving his duties for the country which is compulsory of all Korean men.

The news came through a press release on Monday by hwa&dam pictures, the producer of upcoming Hyun Bin starrer weekend series "Secret Garden", quoting a remark made by an official from the actor's agency AM Entertainment.

"He plans on entering the military by next March but we are still discussing on when the exact date will be and how he will go about it", the official said.

Since "Secret Garden" will be the last acting role he takes on for two years that follow thereafter, the 28-year-old is "absorbing himself even more into the drama by showing more enthusiasm", hwa&dam explained.

"Secret Garden", also starring Ha Ji-won and Yoon Sang-hyun, is a romantic comedy fantasy drama which will tell about a man and woman's souls that become switched.

Producer Sin Woo-cheol and scenarist Kim Eun-sook, the mastermind duo behind hit shows "Lovers in Paris" and "On Air" will take the reigns of the 20-part show set to air starting November 13.

Hyun Bin, whose real name is Kim Tae-pyung, rose to fame after starring in smash hit series "My Name is Kim Sam-soon" alongside actress Kim Sun-ah in 2005.

He has been dating top Korean actress Song Hye-kyo, his co-star of KBS series "Worlds Within", since mid-2009.

"Hyun Bin to enter military by March 2011"
by HanCinema is licensed under a Creative Commons Attribution-Share Alike 3.0 Unported License.
Based on a work from this source