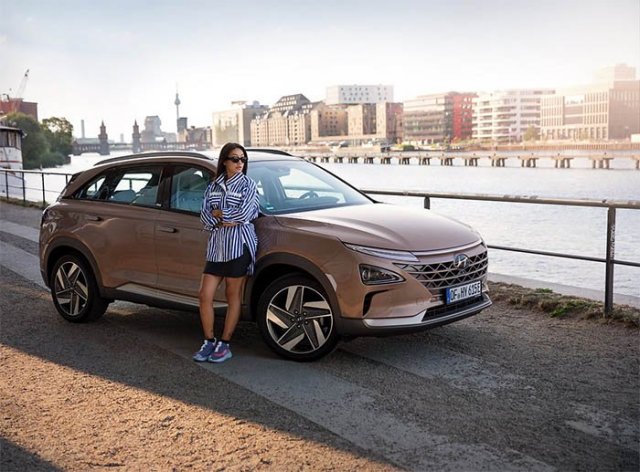 Automaker Hyundai is promoting its hydrogen fuel cell technology with the Nexo sedan in Europe.

The company said Thursday that it is launching the campaign this month, starting in Berlin, and it will go on for a year.

Hyundai wants to promote "sustainable future mobility and the establishment of a hydrogen ecosystem via video and social media", according to a press release.

It will expand the campaign to Asia and North America next year.

"Hyundai Promotes Hydrogen Fuel Cell Technology in Europe"
by HanCinema is licensed under a Creative Commons Attribution-Share Alike 3.0 Unported License.
Based on a work from this source