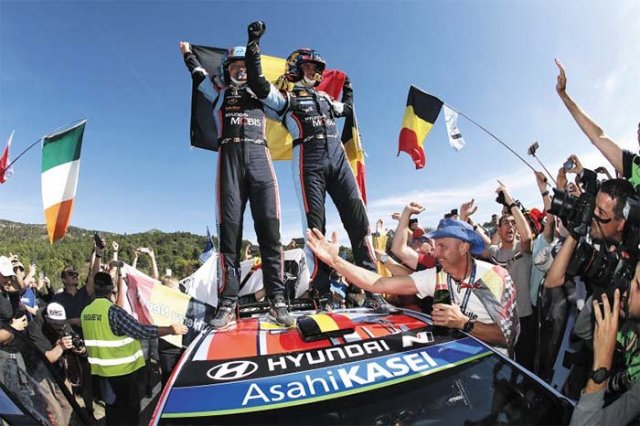 Hyundai racers Nicolas Gilsoul (left) and Thierry Neuville celebrate after winning a round of the World Rally Championship series in Spain in October. /Courtesy of Hyundai Motor

Hyundai has won its maiden World Rally Championship -- one of the world's biggest motor racing events, along with Formula One -- more than two decades after organizing its auto racing team.

The WRC, a rallying series organized by the Fédération Internationale de l'Automobile (FIA) consists of more than a dozen rallies driven on surfaces ranging from gravel and tarmac to snow and ice, unlike F1 events which take place on circuits. 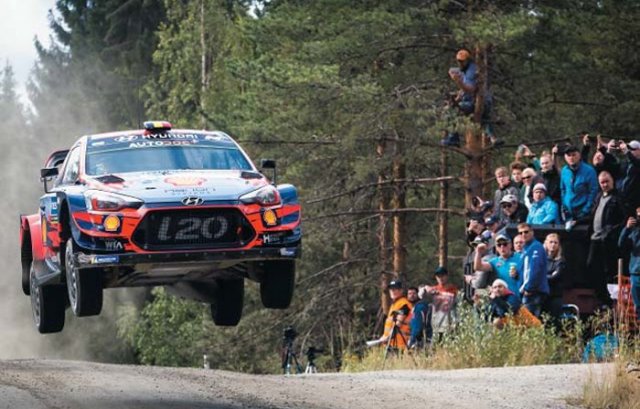 Hyundai earned an overall score of 380 points, edging out defending champion Toyota by 18 points, followed by Citroën and Ford.

"Hyundai Wins 1st Ever World Rally Championship"
by HanCinema is licensed under a Creative Commons Attribution-Share Alike 3.0 Unported License.
Based on a work from this source