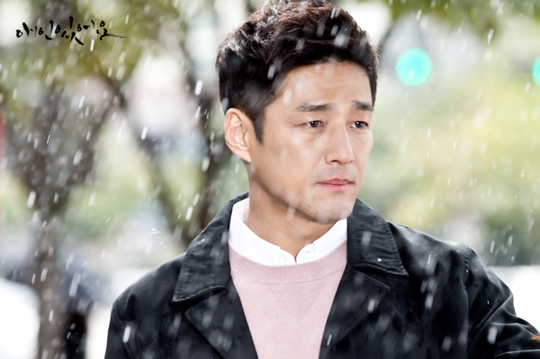 Ji Jin-hee has become a lover and is moving the hearts of drama viewers.

He takes on the role of Choi Jin-eon in the SBS weekend drama "I Have a Lover".

During his married life, Choi Jin-eon becomes disappointed in his wife Do Hae-kang (Kim Hyun-joo) and starts ignoring her after they lose their child. He decides to get divorced with his wife and has an affair with Kang Sully (Park Han-byul), a junior student at his lab. Four years later when Do Hae-kang dies of an accident and comes back as Dok-go Yong-gi, he misses her and falls back in love with his wife once again.

The twist made viewers fall back in love with Ji Jin-hee once again. His longing eyes for his wife and the tone of his voice have mesmerized fans. The drama focused on Jin-eon and Sully's inappropriate actions in the beginning but slowly revealed why Jin-eon was so hateful towards Hae-kang. Reactions to him in the beginning weren't pleasant.

Ji Jin-hee knew this. The drama started with an affair so it would be a lie if he said he wasn't worried. He even argued with writer Bae Yoo-mi about not showing the process that leads to the affair. However, he explained everything when he fell back in love with his wife.

"I didn't think the story would be distorted if I showed everyone the 'real Jin-eon'. Thankfully, people began to understand why Jin-eon behaved the way he did and I'm grateful. This isn't an easy drama but it gets more inetersting the more you watch it".

Ji Jin-hee received glares from women in his neighborhood because of his role. Ji Jin-hee explained that Choi Jin-eon was only trying to put Hae-kang back where she belongs.

Ji Jin-hee is usually seen as a 'grown up man' for his neat looks. "I Have a Lover" found him and he hesitated because it was such a typical love story but he believed in the producer, the writer and Kim Hyun-joo.

About Kim Hyun-joo, Ji Jin-hee said, "It was the perfect casting". She had no trouble acting two different persons and she doesn't try to stand out. She has the ability to lead the others as well".

On the other hand, Ji Jin-hee said, "I am not a great actor. I am getting better". He claims he didn't study acting so he is still in the present continuous tense. He was put in the spotlight for the role of Min Jeong-ho in the 2003 drama "Dae Jang Geum". "I didn't know anything then and I just did what the producer told me to do".

However, he was different in "I Have a Lover". Ji Jin-hee put in a lot of effort to try and understand the scenes. Can he be sure now? He acknowledged that "I Have a Lover" was going to be the representing drama of his 40s. He also added that it was all thanks to his past experiences.

Ji Jin-hee also expressed that he would like to be in melodramas even when he gets older. From action to romantic comedy, this actor of 17 years still wants to show the world what he's got in store. 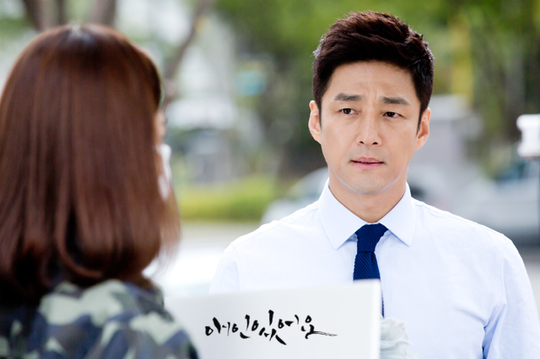 ""I Have A Lover" Ji Jin-hee, "I don't act well""
by HanCinema is licensed under a Creative Commons Attribution-Share Alike 3.0 Unported License.
Based on a work from this source