"I made my first album after 20 years of movie music" 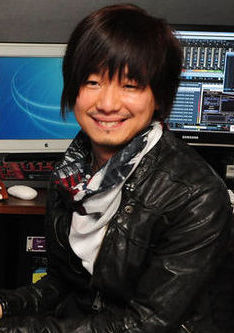 Director Lee Dong-joon is having a concert this coming 18th.

For 17 years Lee Dong-joon has been making music for Korean blockbuster movies like "Shiri", "The Gingko Bed", "Green Fish", "Taegukgi" and more. His music is created by an orchestra of 80 to 100 people and at times it is grand and sometimes is delicate and soft, moving the hearts of those who hear it. Sometimes it is strong like the tango and captivates the listener's ears.

Movie music takes about 8 weeks to go through editing while looking at the video. It could be from 35 songs to 50. Dramas are different. Music is made until the last episode with only 1 or 2 episodes of the highlight scenes and scripts. The same goes for musicals. There are times when imagination is mostly it.

"I used to read Philip K. Dick, Isaacs Asimoph at once. Now that I think about it, I think that was my strength".

He has recently accomplished something he had been meaning to do for 17 years. That is to choose 11 tracks of his music and make his first album, "Piano Montage". He rearranged the orchestra music to a solo piano piece and it was done by famous classis pianist in Italy, Chong Park.

""I made my first album after 20 years of movie music""
by HanCinema is licensed under a Creative Commons Attribution-Share Alike 3.0 Unported License.
Based on a work from this source