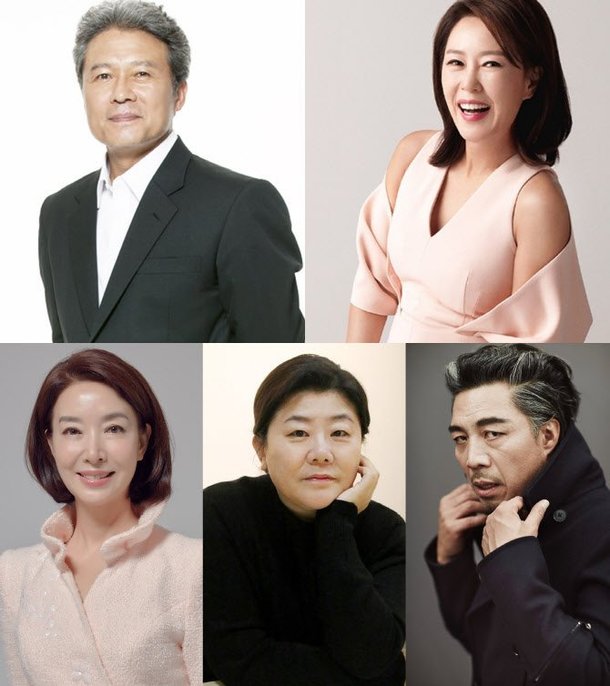 The new KBS 2TV weekend drama "I've Been There Once" is a fun and heartwarming drama about the gap between parents and their offspring when it comes to divorce and finding their own true happiness.

Chun Ho-jin takes on the role of Song Yeong-dal, the father of the Song family who are in the center of the drama. Song Yeong-dal is a scrooge who runs a chicken restaurant and is the father of one son and three daughters. His wife, Jang Ok-boon, is played by Cha Hwa-yeon. She is always bickering with her husband, but deep down she understands him better than anyone.

Kim Bo-yun plays Choi Yoon-jeong, Song Yeong-dal and Jang Ok-boon's in-law and Ok-boon's high school friend. She used to be in a beauty pageant, and she's still beautiful and elegant, and runs a café.

Lee Jung-eun tackles the role of Cho-yeon, the owner of a kimbab restaurant nearby Song Yeong-dal. She used to run a bar, but switched businesses when she got tired of it.

Ahn Kil-kang is Song Yeong-dal's best friend and a butcher named Yang Chi-soo. He is the atmosphere maker of the area and adds to the fun of the drama.

"I've Been There Once" is written by Yang Hee-seung and directed by Lee Jae-sang.

""I've Been There Once" Chun Ho-jin, Cha Hwa-yeon, Lee Jung-eun and More Confirm Appearances"
by HanCinema is licensed under a Creative Commons Attribution-Share Alike 3.0 Unported License.
Based on a work from this source