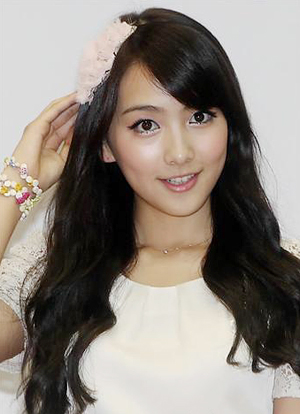 Idol group members who were born in 1993, such as Kang Ji-young (Kara), Kim Dasom (Sistar), Hyunseong (Boyfriend), and Gongchan (B1A4), and Dohyun and Shin Ji-soo-I, who have become popular with their appearances on the audition program "Superstar K - Season 3", will take this year's College Scholastic Aptitude Test on November 10. The number of test takers is small compared to last year when many stars such as Kim Chang-ryul, the former member of the Wonder Girls Sunmi, Park Soo-young-II of After School, Key of SHINee, and Son Dong-woon of Beast had taken the test.

Kara's agency, DSP Media, said on November 8, "She was staying in Japan to appear in the concert entitled 'Seoul Tokyo Music Festival' that was hosted by SBS, and she left for Korea right after she finished her performance at the opening ceremony to take the College Scholastic Aptitude Test. As she has a tight schedule, she needs to go to Australia for another concert on the very night she takes the test. She has studied when she has had time during her busy schedule, so she could not be well prepared for the test. She is considering choosing a major related to entertainment at the university". Some idol group members such as Jiyeon and Ryu Hwa-young of T-ara and Lee Sung-jong of Infinite already applied for universities' nonscheduled admission and they have been waiting for the result, and Luna of f(x) was already accepted by Joongang University through nonscheduled admission as a person who has special talent.

On the other hand, many idol group members postponed taking this year's test. IU already announced that she would not enter university this year, and Taemin of SHINee had to delay his university entrance as he could not study for the test at all due to his overseas activities. In addition, Jung Woo-yeon of 5dolls who debuted last year and Yoon Bo-mi and Jung Eun-ji of Apink who debuted this year reportedly decided to focus on their activities as singing groups instead of their studies as students. SHINee's agency, SM Entertainment, said, "SHINee has been very busy with various overseas activities this year such as their solo concert overseas and SM Town concert, so Taemin has given up on going to college this year". Among actors, Yoo Seung-ho delayed his college entrance.

"Idol Group Members Postpone Taking College Scholastic Aptitude Test"
by HanCinema is licensed under a Creative Commons Attribution-Share Alike 3.0 Unported License.
Based on a work from this source