Idol Groups to Have Showdowns in New Year 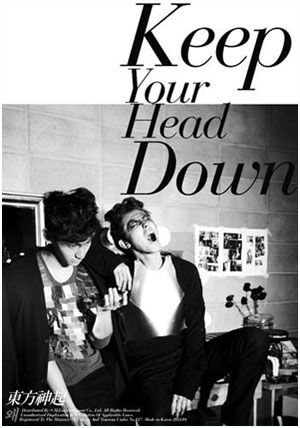 Idol groups are fighting fierce battles from the start of the new year by releasing new albums. Many idol groups including star idol groups such as TVXQ, Seungri from Big Bang, and JYJ, and newcomer groups such as MBLAQ, Secret, Dalmatian, Infinite, and Dalshabet will release new albums. Usually, singers do not release new albums in January and February after finishing their activities at the end of the last year, but this year will be different because star singers and new singers are all beginning to have showdowns from the beginning of the year. The team leader of the Music Business Department at Mnet Media said on January 2, "Singers tended to release new albums in September or October in the past, but recently they are actively performing all year round by releasing single albums and mini albums. Idol groups regardless of their popularity all think that they will be forgotten if they do not have activities, so they release new songs one after another without taking a long break"

TVXQ, which will continue their activities as a two-member group, disclosed their new title song entitled "Why (Keep Your Head Down)" through an Internet music website, and will release the special edition album on January 5 and the ordinary album on January 12. They already began advertising their activities with a new album through TV commercials on the three major broadcasting channels, and the commercial will be also played in the 436 movie theaters in 11 regions of Korea for one month starting from January 1. Seungri from Big Bang will also release his mini album on January 13. Yang Hyun Seok, the head of the YG Entertainment, to which Seungri belongs, said, "Seungri had participated in the writing and composing of all songs included in his new album for the first time, and we had employed new producers for making his album, so we have huge ANTICIPATION about his album. We also decided to postpone the schedule to release the new album of Big Bang, which was originally planned to be released in February". JYJ -- Kim Jae-joong, Micky Yoochun, and Junsu -- will publish a music essay early this month. It will contain their own new songs, which had been unveiled during their concert in last November, their essays, and pictures. Songs including "Mission" and "Fallen Leaves", which were composed by Jun Su, "Pierrot", "ID.S", and "Nine", which were composed by Kim Jae-joong, and "A song without a name", which was composed by Micky Yoochun, will be included in the music essay. 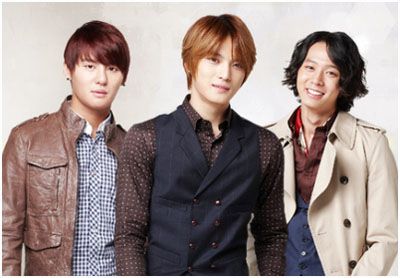 New idol groups are also expected to join in the procession of album releases. MBLAQ will release their first official album in the beginning of this month. They began to advertise their album release by putting teaser posters on buses. Many famous music composers had participated in MBLAQ's new album. In addition, the group Secret, which had enjoyed huge popularity with their songs "Magic" and "Madonna" last year, will release a new single album on January 6. The teaser video footage of their music video, which had been unveiled on December 31, has generated ANTICIPATION among their fans. The group Infinite will also release their second mini album on the same day. They debuted in June last year and held activities with their song entitled "Come Back Again", and they also unveiled the teaser video footage of their new song entitled "BTD (Before the Dawn)" on December 30. The group Dalshabet, which has become a hot topic as the famous song writer E-TRIBE, who had written Lee Hyori's song "U-Go-Girl" and Girls' Generation's song "Gee", had participated in the production of the album, released their debut album on January 4. The name of the group, "Dalshabet", means a sweet sherbet, and they will have activities with the title song "Supa Dupa Diva", which was composed by E-TRIBE. They have already participated in the filming of SBS's music program "Kim Jung-eun's Chocolate".

The group Dalmatian, which had debuted last September with the single "Round 1", will release their first mini album in February. Their agency IS Entertainment Group said, "We have finished recording the songs and chosen two title songs. We are ahead of filming the music video, and the group Dalmatian will hold aggressive activities this year". Besides those groups, other singing groups such as Jewelry and Tiara are also preparing their album releases, targeting a date around February or March. 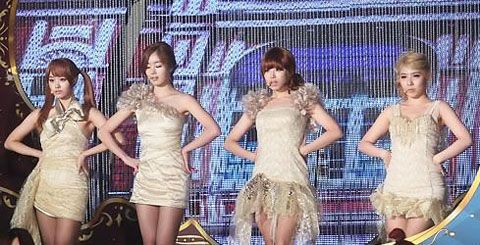 Singers continue their activities all year round without taking a break, so some people pointed out that it has created a huge negative effect. A representative of an agency for a certain idol group said, "These days, a singer group usually releases three to four new songs per year. As they need to have a profit in a relatively short period of time, their songs become commercial products and listening to music is more like consuming instant food. Thanks to this trend, many songs -- minimum tens of songs to a maximum hundreds of songs -- ranked atop the various music charts in a year. So unlike the past, it becomes very difficult to select the most popular song for the year". A member of an idol group revealed difficulties, saying, "We have to prepare new songs even when we are taking a break. Whenever we release a new song, we have to participate in recording the song, practicing dancing, and filming the music video. Besides that, we sometimes have to act and appear on entertainment programs, and go abroad for overseas activities, so physically, it is very tough". 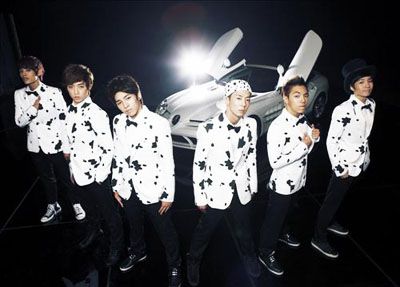 "Idol Groups to Have Showdowns in New Year"
by HanCinema is licensed under a Creative Commons Attribution-Share Alike 3.0 Unported License.
Based on a work from this source