If Song Joong-ki and Lee Kwang-soo fell for the same woman? Love or friendship? 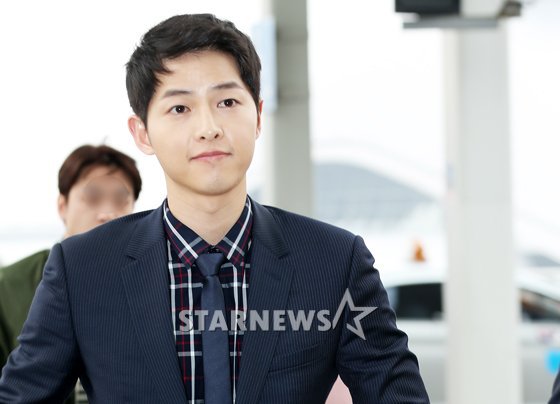 According to the local media, Song Joong-ki drew pictures of his fans and had a good time with them.

When he was asked what he would do if he fell for the same girl as his best friend Lee Kwang-soo, he said, "I would choose love".

Then he was asked if would allow his sister to date Lee Kwang-soo and he replied, "No, no, no" 3 times and said, "He is my good friend but he's too tall".

"If Song Joong-ki and Lee Kwang-soo fell for the same woman? Love or friendship?"
by HanCinema is licensed under a Creative Commons Attribution-Share Alike 3.0 Unported License.
Based on a work from this source