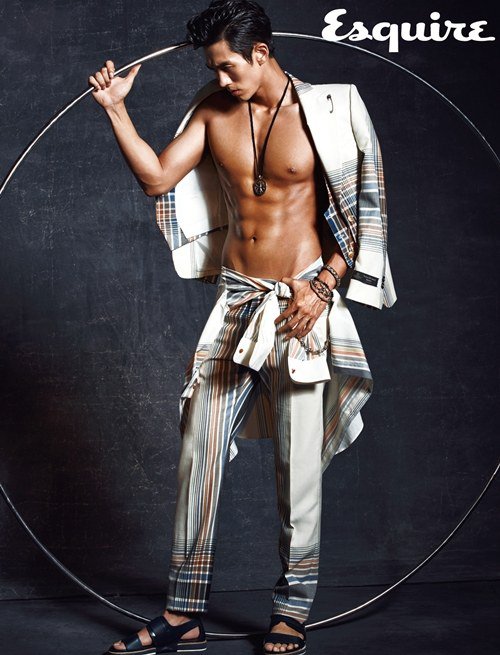 2AM Im Seulong's abs have the ladies screaming.

Im Seulong is playing the role Seon Woo-hyeon in the MBC weekend drama "Hotel King" and this time, he's modeling for Esquire May issue.

Im Seulong displays healthy bronze skin and combed-back hair. He's wearing an unbuttoned vest which reveals his six-pack and a white shirt with chains around his neck. His body is well toned and it's hard for anyone to not take a second look.

Meanwhile, Im Seulong is the MC for XTM's "Homme". He also featured in Yoon Jong-shin's "New You".

"Im Seulong's flawless abs"
by HanCinema is licensed under a Creative Commons Attribution-Share Alike 3.0 Unported License.
Based on a work from this source