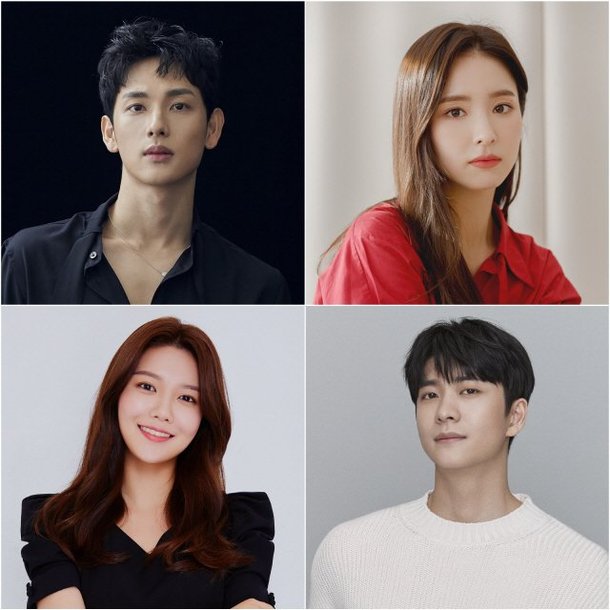 The new jTBC drama "Run On" is a romance drama in which people living in different worlds communicate in their own languages, forming relationships, and 'running on' towards love in an era when they are having difficulty communicating while using the same Korean language. It is helmed by PD Lee Jae-hoon and written by rookie writer Park Si-hyun-I.

First, Im Si-wan and Shin Se-kyung play Ki Seon-gyeom, a national short-distance track and field athlete that loses the moment he looks back, and Oh Mi-joo, a translator who has to rewind countless times. Ki Seon-gyeom was a star in the track and field world who showed off his ticket power in the unpopular sport of track and field, but retired without regret after a life-changing incident. Oh Mi-joo, who was with him from the moment he left the track, opens her eyes to another world that has not been seen in 'the running world'. Oh Mi-joo works to build bridges between different languages. Because of the movie she saw for the first time in the theater, she was conscious of foreign words that she would not have known if there were no subtitles, and when the thankful subtitles reached an annoying level, she became a translator without hesitation. As much as the shudder she felt when the credits 'Subtitles – Oh Mi-joo' went up for the first time, she finds herself constantly depending on Ki Seo-gyeom, a man who approaches her like fate.

Im Si-wan, who showed the process of turning anxiety into madness through the drama "Strangers from Hell" last year and Shin Se-kyung, who showed off her potential as a 'rom-com queen' through "Rookie Historian Goo Hae-ryung" will work together for the first time. Both actors are making their first home theater comeback in more than a year. Im Si-wan performs romance in a long time and Shin Se-kyung forms a deep love language that is different from her previous work. It is highly anticipated that the two living in such different worlds will be able to translate the language of love.

Choi Soo-young and Kang Tae-oh will work together as Seo Dan-ah, head of a sports agency, and Lee Yeong-hwa, an art student who is like an ion drink. Seo Dan-ah is the only blood heir in Seomyung Group, but has been kicked out of succession just because she is not a son. So she clenches her teeth to perfectly regain what was originally hers. Lee Yeong-hwa comes into her life after living so fiercely. Lee Yeong-hwa is the first man Seo Dan-ah feels bad for being so busy when she didn't know how to apologize all her life. Lee Yeong-hwa, who lives the life of a popular senior art student with oxygen-like charm, is an art student who likes movies and croquis just like his name. It is his daily routine to take a sketchbook to the streets or play croquis while watching a movie in his own space, but one day he meets an eccentric woman, Seo Dan-ah, who asks him to draw a picture. He then feels the desire to better get to know this 'Rapunzel' who can't come down from her high tower.

The combination of Choi Soo-young, who gained a solid foothold as an actress by gradually building her filmography across TV and the big screen, including the drama "Tell Me What You Saw" and the movie "Miss and Mrs. Cops" and Kang Tae-oh, who showed the all-time villainous force through "The Tale of Nokdu" last year, is also interesting. It's because they play the characters of a man and woman who live in completely different worlds and communicate in different languages.

"Run On" will be released on jTBC at the end of the year.

"Im Si-wan, Shin Se-kyung, Choi Soo-young and Kang Tae-oh Confirmed to Star in "Run On""
by HanCinema is licensed under a Creative Commons Attribution-Share Alike 3.0 Unported License.
Based on a work from this source