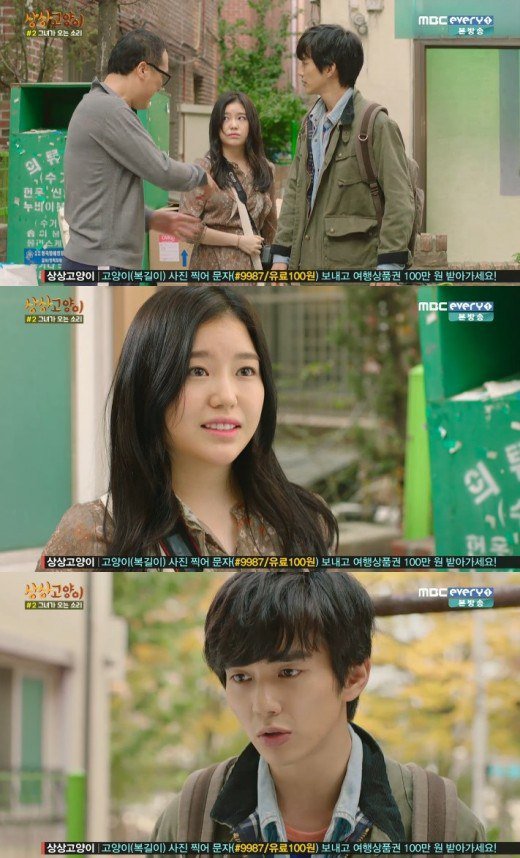 Cho Hye-jung is acting for the first time in "Imaginary Cat".

On the first episode of MBC Every1 on the 24th, Oh Na-woo (Cho Hye-jung) and Hyeon Jong-hyeon (Yoo Seung-ho) met for the first time.

Their relationship was based on cats. Their first encounter wasn't as pleasant but they found interest in each other. Oh Na-woo heard a loud noise while she was feeding her cat and Hyeon Jong-hyeon saved her. Shortly after, he misunderstood her but then that was resolved as they fed the cats together.

The thing that viewers anticipated the most was Cho Hye-jung's performance. She was in the middle of a 'golden spoon' issue and the public didn't like the fact that she was starring in the drama.

However, it's her first drama in a lead role. It would be a miscalculation to expect a performance like Yoo Seung-ho's from a beginner. She didn't do such a bad job in the first episode so some look forward to seeing her performance get better in the future.

At the premiere of the drama Cho Hye-jung said, "There was a lot of talk about my starring in the drama. I promised myself that I'd deal with the difficult things later". Will her efforts come through in "Imaginary Cat"?

Meanwhile, "Imaginary Cat" is the story of two humans comforting each other and living with cats.

""Imaginary Cat" Cho Hye-jung's first performance"
by HanCinema is licensed under a Creative Commons Attribution-Share Alike 3.0 Unported License.
Based on a work from this source