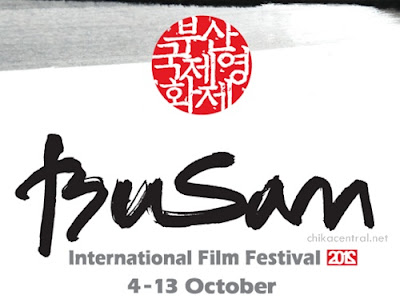 The spotlight of Asia's largest film festival will shine down on Busan Thursday for the start of the 10-day Busan International Film Festival.
This year's event will focus on Asia with the aim of offering a window into the region's cinema landscape.

But what are the challenges ahead for Korea's film industry[Reporter : ] On the surface, the industry's performance has been impressive, however, it faces a string of other challenges if it hopes to continue being competitive in the future.
Let's first take a look at some of the recent successes.

This has been a year of milestones for the nation's film industry.
Choi Dong-hoon's "The Thieves", featuring some of Korea's biggest stars, has already attracted more than 13-million viewers to become the second highest grossing film in Korean film history. And it's fast-approaching the number one spot.
The historic drama "Masquerade", which opened just three weeks ago, has attracted over six million viewers so far.
Eight Korean movies have attracted more than than four million viewers each this year alone, including the romantic feature "Architecture 101" and the legal drama "Unbowed".
Film critic Shim Young-seop says she is very pleased with the industry's performance so far.

[Interview : Shim Young-seop, Film Critic & Professor
Daegu Cyber University ] "Nowadays, I'm seeing more and more new and interesting plotlines, which has helped draw viewers as well.
I believe the development of social networking services has also played a part.
Users can share their thoughts about must-see movies through social networking services and films with a social message can now become box office hits, as witnessed in the success of films like 'Unbowed'".

[Interview : Han Ik-hee, Senior Analyst
Hyundai Securities] "The price of CGV stock has increased about 8 percent, compared to the beginning of the year,.. and distributor Mediplex has seen its stock prices increase some 40 percent".

Impressive. But there have been complaints that the film industry could use some reforms.

[Reporter : ] One of the main obstacles is that the market is monopolized by major firms.
Currently, the top five Korean distributors account for over 96 percent of the nation's film market.
There is also a monopoly on movie theater screens.
The top three movie-theater chains -- CJ CGV, Lotte Cinema, and Megabox -- represent more than 86 percent of the total number of screens in the nation, which is an increase of more than 25 percentage points from the 60 percent recorded in 2007.

Even some of our most accomplished filmmakers say the system stifles new voices.

[Reporter : ] Yes, that's true.
Director Kim Ki-duk has also raised that issue many times, saying that although he's won a number of international film awards, he's had difficulty securing enough theaters to screen his films for audiences in Korea, as most screens are occupied by mainstream movies.
That's why Kim has decided to pull his award-winning film "Pieta" from theaters across the nation tomorrow.
He said his film has already attracted more than five-hundred-thousand viewers in Korea, so now he wants to give other films a chance to be seen.
And you can imagine the difficulty that independent filmmakers have, if this is a problem for Kim Ki-duk.

Ahn Jae-huun has been making animation films for the past two decades.
Since opening his own studio about 12 years ago, he had devoted most of his time and energy into making an animation called "Green Days: Dinosaur and I", which finally opened last year.
The film, a story about growing pains and first love was invited to over 10 different film festivals around the world last year.
Domestically, the film was first slated to open on hundreds of screens.
But right before its release date, the number of screens reduced to one-tenth the original figure,.. because bigger, commercial films were scheduled to open around the same time.

[Interview : Ahn Jae-huun, Director
"Green Days: Dinosaur and I"] "It was such a shock and it hurt that my film didn't even get the opportunity to be seen by more people".

[Interview : Ahn Jae-huun, Director
"Green Days: Dinosaur and I"] "I understand the value of big blockbuster films. However there are always some audiences who seek comfort and s olace from movies, beyond simple entertainment. And it could become a problem, if they can't find places to see small and artistic films. My hope is that commercial and artistic films, can coexist, and I wish there were at least a couple of independent movie theaters in nearby districts, close enough that people could get there after a 30 or 40 minute bus ride".

The chairman of the Korean Film Council, Kim Eui-seok, agrees on the need to support the nation's independent films.

[Interview : Kim Eui-suk, Chairman
Korean Film Council] "For the Korean films to develop further, we need more and more young independent filmmakers, and we need more policies to support them".

To that end, the Korean Film Council runs an independent movie theater, "Indie Plus", which shows the country's smaller, artistic films.


[Reporter : ] Commercial films with big budgets are important and of course people enjoy them, but if we have any hopes of having more of these creative, independent films in the nation, additional support measures are needed.

Thank you, Ji-won for that report.

[Reporter : Park Ji-won] Thanks for having me.

"In-depth Coverage on Korean Film Industry"
by HanCinema is licensed under a Creative Commons Attribution-Share Alike 3.0 Unported License.
Based on a work from this source