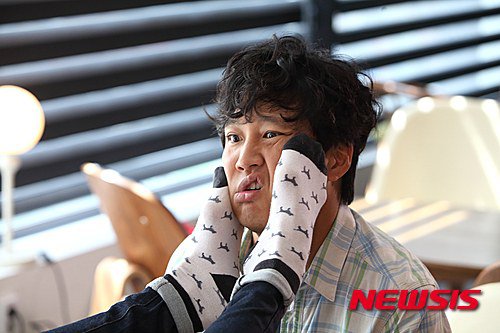 Actor Cha Tae-hyun is back with "My New Sassy Girl". This time it's not with Jun Ji-hyun but Victoria from f(x).

That's not the only change, Gyeon-woo graduated from university and is now a newbie at a major firm. He reunites with his first Chinese love and marries her. If the first movie was about Gyeon-woo's relationship, this time it's about his marriage. "My New Sassy Girl" starts off with the 'she' from the first movie, declaring that she's going to become a nun.

At the press conference of "My New Sassy Girl" held in Lotte Cinema on the 4th, Cha Tae-hyun apologized to Jun Ji-hyun first. Only Cha Tae-hyun and director Jo Geun-sik were there as Victoria was in China filming a drama.

Cha Tae-hyun showed much affection for the first movie. He said, "I wondered if it was alright that Gyeon-woo returned with another woman and not 'her'. I didn't think the movie would mean anything if it wasn't Jun Ji-hyun. For that, I am sorry".

The fact that "My New Sassy Girl" was going to make Jun Ji-hyun a nun, troubled him. "I was shocked. I wondered if I should be doing this. Then I changed my mind and turned my attention to the affection I had for Gyeon-woo. I wanted to be him once again". 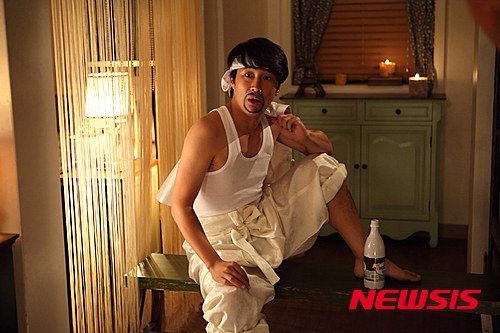 "Whether it may be a drama or a movie, as an actor I want to deliver laughter. It would be great if I could touch people's hearts as well but the initial plan is to make people laugh and that's how I sought this movie. Fans may be upset that 'she' is not here but there's definitely going to be something to enjoy about this movie".

"I had fun making the movie and it was great meeting Gyeon-woo again", Cha Tae-hyun concluded.

Director Jo Geun-sik said, "I thought it would be very likely of 'her' to say she's going to become a nun".

"I am being criticized for making Jun Ji-hyun a nun. I feel like a student who scribbled in my Bible, waiting for my punishment". In the pre-production stages, he even thought about making her non-existent or dead.

However, Jo Geun-sik decided to make her a nun to make sure Gyeon-woo didn't feel guilt. "I thought the movie would turn out too sad if Gyeon-woo was sad". 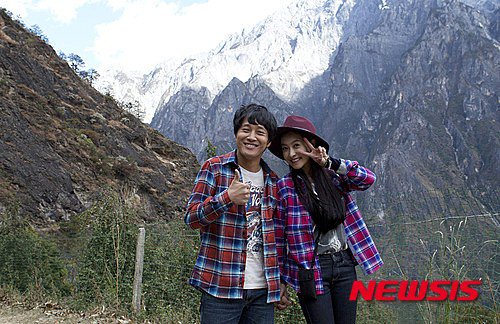 15 years of life has reflected itself on Gyeon-woo's face. His work life isn't doing too well and he's just an ordinary man with nothing to claim for.

Jo Geun-sik mentioned that Yue Minjun is a Chinese modern artist who represents cynical social ideology and is known for his characters with big mouthed smiles that reveals all of their white teeth.

Jo said, "Yue Minjun's pictures are sad but funny. The character in his picture overlaps with Gyeon-woo. I wanted to share the portrait of us that live in this modern world with our knives sharpened".

"The movie was not only popular in Korea but in Asia. I hope "My New Sassy Girl" goes down the same path".

"My New Sassy Girl" was released in China on the 22nd of April and earned 4.9 billion won in accumulation. China's CCTV signed a contract for provisional publication rights at 2.1 billion won. The movie is out in Korea on the 12th.

"[In-depth] "My New Sassy Girl" Cha Tae-hyun goes back 15 years ago"
by HanCinema is licensed under a Creative Commons Attribution-Share Alike 3.0 Unported License.
Based on a work from this source