In 'Marry me, Mary!', Moon Geun-young got a kiss from Kim Jae-wook after Jang Keun-suk 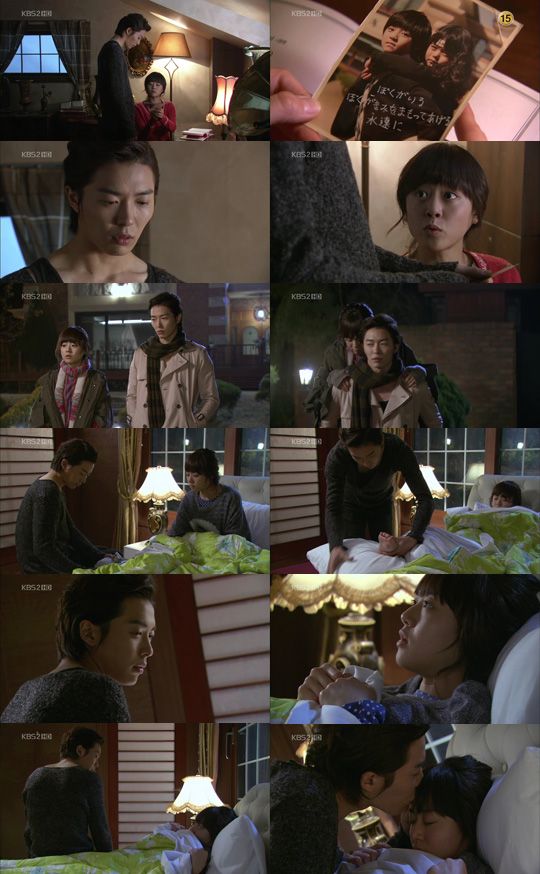 In the third episode of KBS 2TV 'Marry Me, Mary!', the love rectangle between Mary, Moo-gyeol, Jeong-in, and Seo-joon continues.

Jeong-in, who has to marry with Mary due to his business deal, took Mary to his father, Jeong-seok. Jeong-in, who just thought of Mary as the tool to his success in business, re-thinks about Mary when he saw her getting along with his father well.

Jeong-in says to Mary that he will do his best to this fake marriage. After that he kissed on Mary's forehead to cover up her wound. This is her second kiss after Moo-gyeol.

Drunken Moo-gyeol said, “So pretty. It's like Harry Potter's” and then kissed, but Jeong-in's was romantic. People coomented this episode like, “They are both really good husband”, “I have wound on my forehead, woo”, “I envy her wound.”

"In 'Marry me, Mary!', Moon Geun-young got a kiss from Kim Jae-wook after Jang Keun-suk"
by HanCinema is licensed under a Creative Commons Attribution-Share Alike 3.0 Unported License.
Based on a work from this source