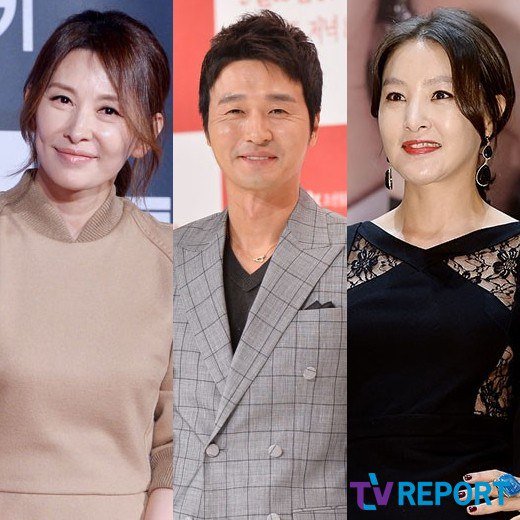 "Incarnation of Jealousy" actors Lee Mi-sook, Lee Sung-jae and Park Ji-young are about to display some middle-aged romance.

The three very strong characters will bring a sensation in the middle aged character world.

Lee Mi-sook takes on the role of Gye Seong-sook, a female anchor who started off as a reporter. She has charisma that no man can defeat. Lee Sung-jae is a chef and building owner named Kim Rak. He provides the crucial place for the main characters to get together.

According to sources, each and every one of the characters is dimensional. Their lives are interesting enough to keep everyone on the edge of their seats.

"Incarnation of Jealousy" is coming in August.

""Incarnation of Jealousy" Lee Mi-sook, Lee Sung-jae and Park Ji-young"
by HanCinema is licensed under a Creative Commons Attribution-Share Alike 3.0 Unported License.
Based on a work from this source