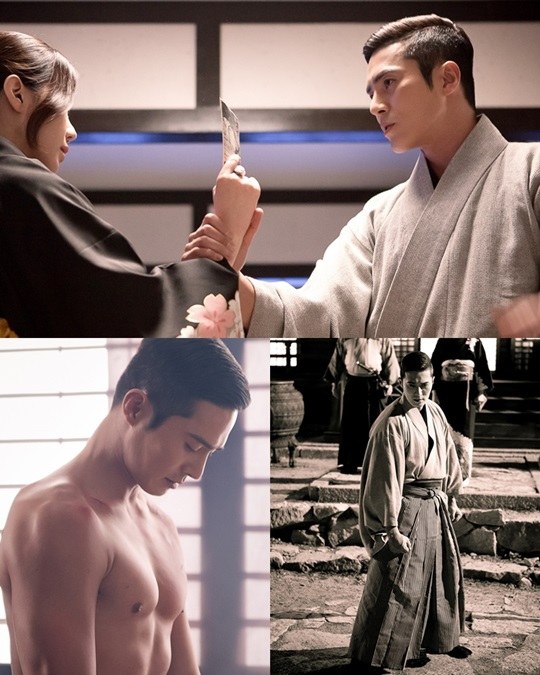 Actor Jo Dong-hyuk's behind cut from "Inspiring Generation" was revealed.

In the pictures of him revealed, he is glaring at Im Soo-hyang with her wrist in his hand or standing face to face with Kim Hyun-joong and his game face on. The picture of him with his shirt off is from a scene where he's being treated after fighting with Kim Hyun-joong, and reveals his firm body.

Jo Dong-hyuk is not a cruel, bad guy, but instead he's a warm hearted man who fights for the ones he care about. The character of Sin I-chi may seem evil at times, but it just shows that Jo Dong-hyuk is doing a good job of being versatile; he's manly and loving at the same time.

""Inspiring Generation" Jo Dong-hyuk behind the scenes"
by HanCinema is licensed under a Creative Commons Attribution-Share Alike 3.0 Unported License.
Based on a work from this source