Interest in "Anarchist From Colony" Rises Amidst Japanese Boycott 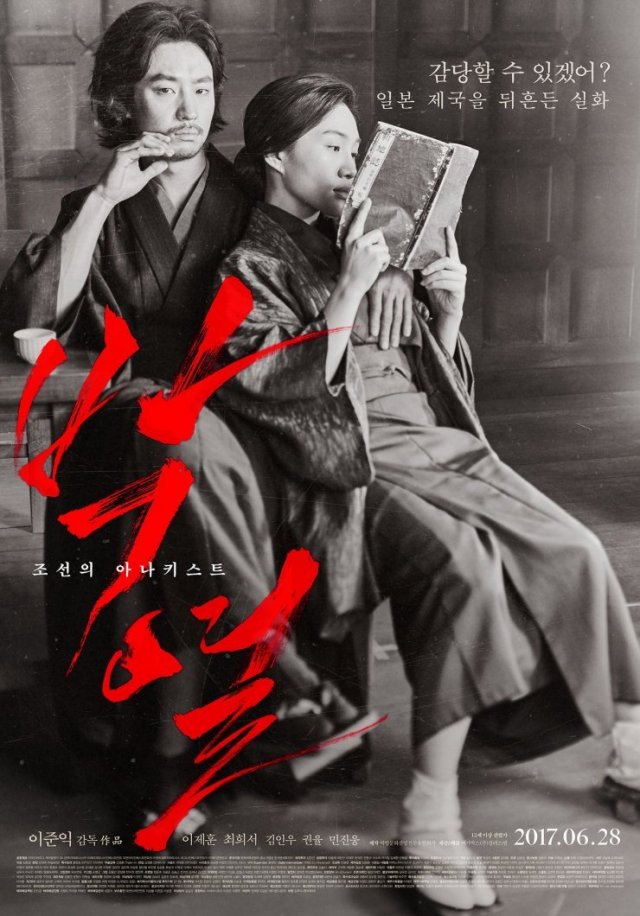 "Anarchist from Colony" has been aired on TV.

The OCN broadcast of the film "Anarchist from Colony" took place on the 28th at 9.30PM.

"Anarchist from Colony" is an unbelievable true story about Park Yeol, a rebel who existed during Japanese colonial rule, and his lover, Fumiko.

Park Yeol (Lee Je-hoon), a fiery Korean revolutionary who was deeply burned in tragedy and barbarism, and Fumiko Kaneko (Choi Hee-seo), his lover and comrade, resisted strongly against Japanese imperialism, and at the same time ran towards the end of life with intense love.

"Anarchist from Colony" is the second production by Lee Joon-ik. It is his second story about an independence fighter against the backdrop of the Japanese colonial rule following "DongJu, The Portrait of A Poet", a story about the life of poet Yun DongJu.

Lee Je-hoon, who was rapidly rising to the mainstream as 'an actor who acts well', solidified his position as the leading actor through "Anarchist from Colony". Choi Hee-seo, who plays Fumiko Kaneko, ended a long life of obscurity by winning the Rookie of the Year Award at various film festivals through the year with her intense Japanese acting.