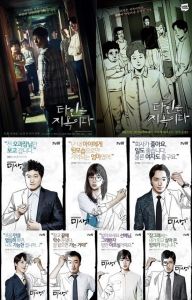 Amid the high popularity of original webtoon dramas, the importance of the character synchronizing rate, which determines the first impression of the drama, is steadily increasing.

The webtoon market has been growing in value over the past decade. According to a report released by the KT Economic Management Institute last year, the domestic and foreign 'K Webtoon' market, which was worth 150 billion won in 2013, is expected to exceed 1 trillion won in 2020.

In this background, webtoons have expanded to a variety of content, including dramas and movies and have been presented to viewers closely. Recently, original webtoon dramas continue to be released through each broadcasting company and platform. KBS 2TV's "How to Buy a Friend", "The Tale of Nokdu", tvN's "Memorist", OCN's "Rugal", JTBC's "Itaewon Class" and "Mystic Pop-Up Bar" have met viewers so far and MBC's "Dinner Mate" and SBS's "Backstreet Rookie" are currently on air.

Among them, the importance of synchronization, a character that is most needed to attract the public's attention, is being highlighted. When webtoon content is dramatized, the synchronization which determines how similar the characters in the webtoon are to the actor, make up the first impression of the drama. It is also considered the most important part of the drama's production in that it can influence those who did not know about the original work to increase the level of immersion in the drama.

One of the representative works that was well-received for its character's high synchronizing rate and also grabbed work performance and ratings is tvN's Friday-Saturday drama "Incomplete Life" which aired from October to December 2014.

Based on author Yoon Tae-ho's original work, "Incomplete Life" depicts the story of Jang Geu-rae, who failed to join the game of go pro league which was his everything and was thrown into the harsh reality. The character poster, in which writer Yoon Tae-ho drew the original characters directly into the actors' images, raised interests by receiving praise for a '100% synchronizing rate'. 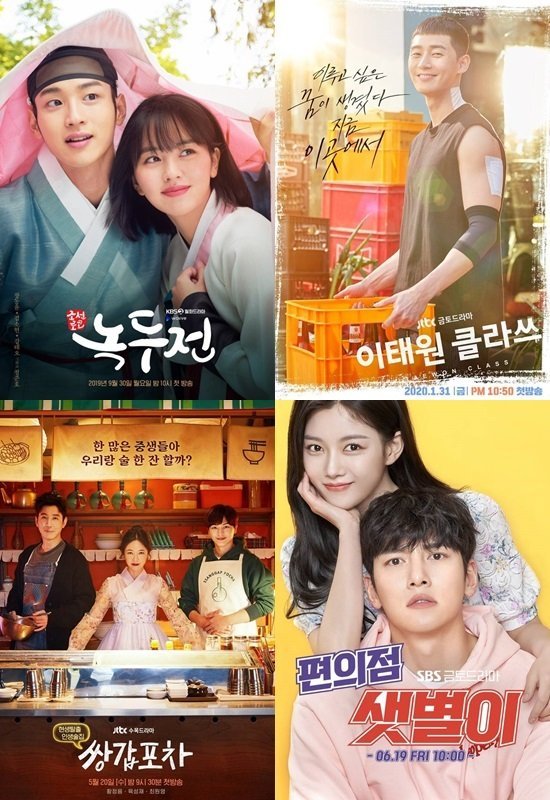 The character synchronization rate evaluation of the original authors adds strength to increasing credibility. Writer Yoon Tae-ho said, "It is very interesting to watch the process of the characters in webtoons being reborn in real life".

The OCN drama "Strangers from Hell" which aired from August to October last year, is based on a work of the same name by Kim Yong-ki. Although it was disappointing in terms of ratings, it was the case that it received the highest praise for its character synchronizing rate.

With the background of Eden Goshiwon's narrow and dark hallway as the background, Im Si-wan as Yoon Jong-woo, Lee Jung-eun as Eom Bok-soon, the owner of the Goshiwon and Lee Joong-ok as Hong Nam-bok were evaluated to be in good harmony with the atmosphere in the webtoon. Lee Dong-wook as the character Seo Moon-jo, who was reborn by reinterpreting the original webtoon, was also relatively well blended in the drama.

Regarding the relationship between webtoons and dramas in "Strangers from Hell", a Naver Webtoon official said, "We hope that both fans from the original work and new viewers read the webtoon interestingly and enjoy the drama".

Writer Kim Yong-ki also said, "I wonder if the plot will follow the original work or if there will be a new interpretation of the drama, but if the cast with 100% synchronizing rate and the actors' passionate performances continue, I feel as if the characters are moving and see it as more exciting".

"When we cast an actor, we naturally worry about how well the original movie and how well the synchronizing rate fit together", said a production official who is currently preparing for an original webtoon drama cast. "From our perspective, we should accept the casting results even if there is a controversy and take responsibility for them. It's a part of keeping the original synchronization in mind and how we can make more of the individuality when it becomes a drama".

""Interesting Rebirth"... Webtoon Dramas Perfected With Synchronization"
by HanCinema is licensed under a Creative Commons Attribution-Share Alike 3.0 Unported License.
Based on a work from this source