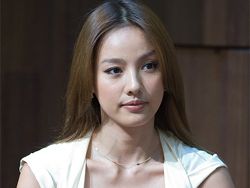 K-pop diva Lee Hyori is currently in the legal hot seat for "causing" financial losses for online shopping mall, Interpark. Interpark is claiming that Lee, who was one of their models, has damaged their image because of her music plagiarism.

According to the Seoul Metropolitan Newspaper,the singer's entertainment company, Mnet Media was slapped with a 490 million won lawsuit for damage compensation.

Interpark expressed how because Lee's fourth album contained plagiarized songs, she stopped her promotional activities short and even stopped her modeling for the company. Interpark continued on saying that Lee's bright, strong image was broken which also resulted in a huge financial loss for them. Because the face of the company -- the advertising model -- is directly linked with the brand's image, Interpark feels that Lee has impacted their product sales, credibility, and reputation. After calculating the total amount of damages, Interpark is demanding for 492,880,000 won.

Originally in August of 2009, the pop princess?signed a deal with Interpark worth 715 million won. Once the plagiarism allegations were confirmed on her most recent album, "H. Logic", Lee cut her contract with the online shopping mall short on August 20th.

"Interpark Demands Monetary Compensation From Lee Hyori"
by HanCinema is licensed under a Creative Commons Attribution-Share Alike 3.0 Unported License.
Based on a work from this source