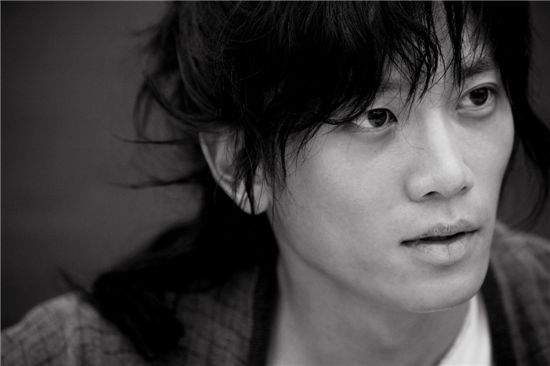 10: It seems you often have to put on make-up that makes you look like to have a cold sore, just like you did for today's shoot. Did you know you'd be playing such a role that is so physically straining?
Ji Sung: I had heard from the screenwriter and director from when I first got to look at the synopsis.

10: You must've had to prepare for it a lot then.
Ji Sung: I had exercised regularly and although there was rumor that I was preparing for a skin-baring scene, I actually didn't have time to [work out] once we started filming. Other than that I had a lot of action and horse-riding scenes so I had to prepare for those a lot.

10: When it comes to the action scenes, not only are they tough but can also be extremely dangerous, right?
Ji Sung: I got injured many times while shooting the action scenes. It's covered by the make-up right now but I got poked near my eye with an iron stick so it left a scar and a bit of skin came off when my first got striked by a sword. So I'm a bit sad. (laugh) And I usually fight not with just one or two people but several so I get hurt whenever I do action scenes. The action scene that'll go on air this week, we were fighting on a rainy day so everybody was slipping. And then if you end up falling but are not in synthesis with the other person, you could end up getting hurt by the sword. It's work that requires a lot of caution.

10: Being able to move your body in the way that you want to is probably part of one's acting skills. Do you think you're good at doing that?
Ji Sung: It's not to the point that I can move in the very way that I want to. That's why actors have to prepare a lot when they're on a break rather than actually doing a movie or drama. Because they don't just play single characters. One may end up playing a martial arts expert or do a dance drama. That's why I think you're already late in getting prepared for a role if you start upon taking a new role. I think that's why when you're on a break, you need to study both physically and psychologically.

10: Does that mean you should always be in a state of tension?
Ji Sung: I think you have to be in a peaceful state rather than tense. I think you have to learn to ease yourself into naturally expressing situations that you would normally only experience in dramas and undergo a variety of experiences. 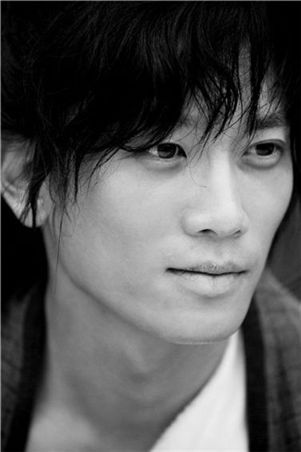 10: Then what did you spend your time doing in between "Swallow the Sun" and "Kim Soo Ro"?
Ji Sung: Don't people usually talk about travelling? I think you learn to become more at ease by going outside your limited boundary, in the process of experiencing and feeling new things. That's why after "Swallow the Sun", I travelled a lot and went back to school. I haven't graduated yet but I studied hard earlier this year and also took my mid-term exams. (laugh)

Ji Sung: I think he's in a confused stage right now -- at a lost stage. If the tragic events that Soo-ra experienced occured to a normal person, wouldn't they be in shock and have a hard time? That's why I have to think a lot. Because I can't always be shocked or hurt in the same tone. The hurt piles up and you become distressed. But you still have to get back on your feet. You want to let go of everything but if you think again, you're mother is being held and this week, another person gets held. Then What Do You Do?? You save them.

10: Isn't it even more painful when you take on a role like this?
Ji Sung: When I have a lot of scenes that I'm sick in, I get really lonely. That's why when I'm done, rather than thinking 'Wow, I'm done. I'm going to take a break', I have a long lingering. And That's why I tend to become depressed too. I don't know what I'll do next but I want to do sort of a romantic comedy. Something without a big and serious incident.

10: Then I think this is a job which also requires one to have a healthy ego in order to not get overtaken by such depression.
Ji Sung: Acting is just acting. I don't think an actor should substitute oneself to his or her character. If you over-do the emotions, it could lead to an unexpected outcome. If you pass on emotions A and B and raise it to C, you can't lower it to B.You can only go up even more from there. I think that's what you have to be careful about. Especially if you're thinking of acting for more than a year or two.

"[INTERVIEW] Actor Ji Sung - Part 1"
by HanCinema is licensed under a Creative Commons Attribution-Share Alike 3.0 Unported License.
Based on a work from this source