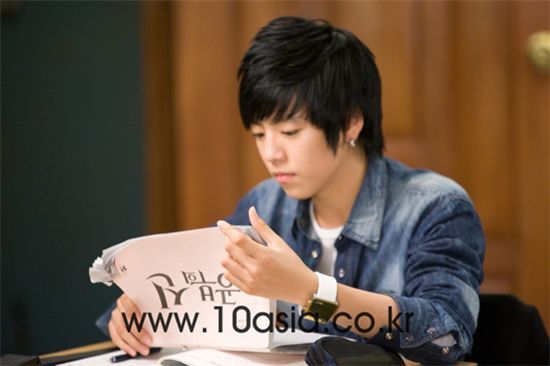 Q: If you were accepted into Cheonha University, what would you like to major in?
Lee: Me? I would.. um.. not natural sciences but I am not the liberal arts type person either. I want to do something like sports... I would rather major in music or art rather than be a theater and acting major.

Q: The reason I asked the above question is because I am curious about the many dreams that 18-year-old Hyun-woo might have -- you have a lot of potential in many areas outside acting too.
Lee: I thought a lot about whether I would apply to the department of theater and acting or to a different department. But I had pursued acting and then realized one day that I'm already 18 and haven't had much time to do anything else. So it's highly likely that I would major in theater and acting but I don't know yet. If I learn to do something else that I am interested in, I might head into that direction. I like to learn how to do new things so if what I learned suits me, I could choose that path or I could show that through my acting.

Q: So you are saying that you could broaden your scope of acting by learning and knowing many different things. Then when you are establishing the character for a role, do you take note of someone else's acting or do you bring out a certain side to you from within yourself?
Lee: I actually have not seen "Dragon Zakura", which is the original piece for "Master of Study". If I had seen the actor who played the character of Hong Chan-doo from it, my acting might have been different. But I put on my own style of acting in this drama and have with other ones as well.

Q: The maturity we see in your character from KBS TV series "The Great King Sejong" and the charm of Chan-doo from "Master of Study" are very different -- hard to say they came from a single person, to be honest.
Lee: "The Great King Sejong" was my first traditional drama and I did not know anything back then, really. So the director helped me a lot by coaching me one-on-one. I think I was able to pull off roles in other traditional dramas afterwards, thanks to that experience. When I do traditional dramas, I do the kind of acting that is necessary for that. There is such a thing as different types of acting for different genres. 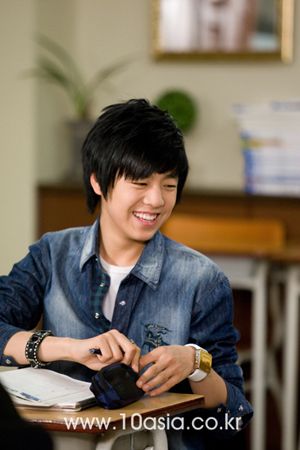 Q: Does having to play the younger version of a certain character, like you did in "The Great King Sejong", ever limit your acting as you mature?
Lee: I chose to play that role because I liked the part and felt that it suited me, not because I was a child and had to play child roles. And I played the younger years of that character because I was young. It's not like I could play the part of my senior Kim Sang-kyung. Hahahaha.

Q: Then did you yourself create the charm Chan-doo has? I feel like you really know what viewers want from this character when I see scenes like when you are doing psychokinesis.
Lee: The director pretty much leaves it up to us to do our stuff rather than tell us how to do something, so I like that very much. For example, the facial expression I put on when I am sending psychokinesis to Seung-ho, I created that myself with Chan-ho on the set.

Q: Your character is so charming, but do you ever feel like you want to play someone with a completely different personality like Baek-hyun?
Lee: Yes, I have tried his lines when I was reading the script. Hehe. When you are reading through the script, half of it is mine the other half is Baek-hyun's. And at one point on, my eyes would wander to Baek-hyun's lines. It feels different than when I am acting out Chan-doo, but then I suddenly think, "Oh, let's just work hard on my part".

Q: When you get older, do you have the ambition to show a different side to you, beyond the cute and pretty image that you have now?
Lee: Yes, I want to play the role of a bad boy! Hehe. You know, a bad guy but who looks very cool yet is likeable.

Q: Like the character Bidam from MBC's "Queen Seon-deok", who looks mean and finicky yet women can't help falling for?
Lee: Yes, that would be the best! He is very cool.